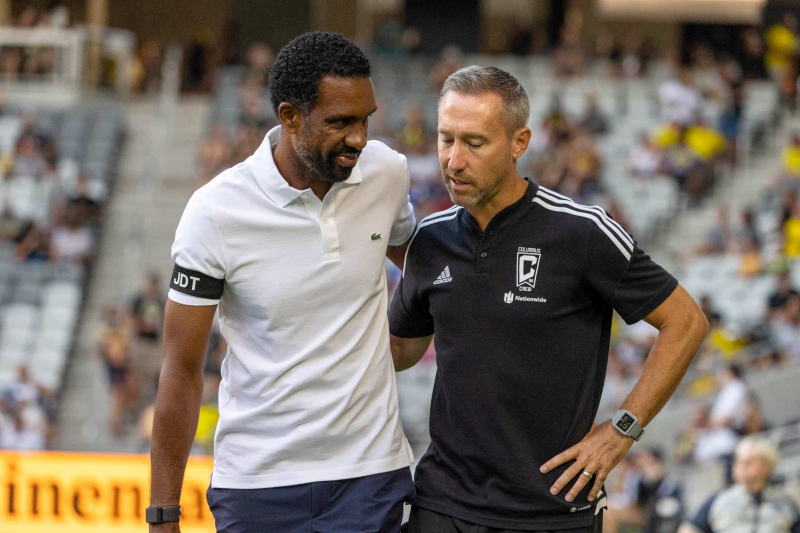 CF Montreal seemed inhabited by the resilience and fighting spirit of the late Jason Di Tullio on Wednesday in the final moments of their victory over the Columbus Crew.

< p>It was with a lump in his throat that head coach Wilfried Nancy praised his group's effort at the end of the match. Frustrated for the overwhelming majority of the duel, his men finally scored two goals in six minutes at the very end of the match to win 2-1.

“I was emotional after this victory because we represented him [Jason Di Tullio], said Nancy. I'm not surprised at what we did.”

“We were robbed of the three points last game, but tonight. “The Grinta” was in us, corroborated defender Joel Waterman, author of the winning goal, in reference to the nickname of the ex-assistant coach. I think of him, his family and everyone who knew him. It was a special moment for everyone involved.”

In recent years, CF Montreal has accustomed its supporters to spectacular endgames… but not often successful. This time, despite a 90-minute interruption caused by thunderstorms which had every reason to break the frantic rhythm of the Montreal team, the players managed to draw on their resources to escape with victory at the foreigner.

“It's us, we're like that,” Nancy summed up. Last year we showed it, this year we continue. The progression is that this time we score the winning goal.

“Excuse me for the term, but damn it's good.”

Usually, such a delay pleases the team that is trailing, giving them the opportunity to benefit from a long time out to gather strength and revise their strategies. However, on Wednesday, CF Montreal dictated the pace of the game from the start of the second half and seemed a hair's breadth away from equalizing as the skies darkened. Rather, it was the Crew who seemed to breathe a sigh of relief.

Nancy's strategic adjustments were thus very summary during this long period of waiting; he instead relied on his players to prepare for the final sprint of the game.

“We left the players, they talked to each other, and we said we were going to win that game. Everyone did their job, even the guys on the side pushed. As a coach, OK, the result, but the manner was extraordinary”, he praised.

The secret of victory? A little music and hazelnut spread, according to Waterman.

“We chilled out a bit and listened to some music. We were starting to feel the weight of the match on our bodies and to be hungry. I ate a spoonful of Nutella […] and I think I have to do that every game now.”

“It's hard to sit down and figure out how to come back in this game when we are trailing, concluded Kei Kamara, third top scorer in the history of the circuit. Achieving this thanks to our strength of character is something immense.”