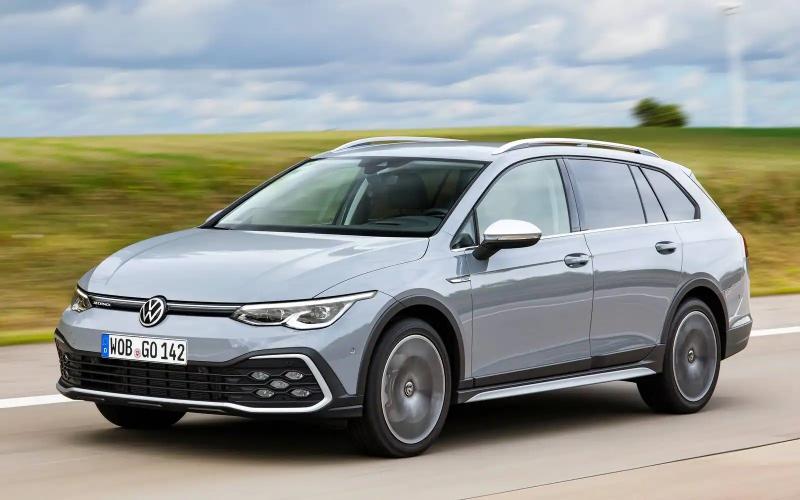 I recently had fun browsing the page of the Volkswagen manufacturer in France, just to get a little information on this Golf which is now only available to us in the R and GTI versions. A car that is just as efficient and equipped with increasingly impressive mechanical components, both for the hatchback model and for the station wagon. Because yes, the station wagon is continuing its journey, while Quebecers are snapping up second-hand models that, in some cases, offered four-wheel drive.

The Golf wagon will have been the last of its kind for us, since this once popular category has been completely absorbed by the craze for SUVs and crossovers. It's a shame, because this Golf perfectly combined versatility, maneuverability and driving pleasure. And what about the Alltrack version, raised a few millimeters and wearing a more adventurous and luxurious look?

So this is it. Europeans are still entitled to it. Both diesel and petrol. It is even possible to get a Golf hybrid or plug-in hybrid. As usual, the engine choices are greater in Europe, but anyway several of them would have been unsuitable for our market. However, allow me to tell you that people around me would have fallen for a plug-in hybrid Golf.

In France, no less than 25 different models are offered by Volkswagen. These are available in several versions, and can accommodate various engines. Only in the case of the five-door Golf, there are eight versions: Base, Active, GTE (plug-in hybrid), GTI, GTI Clubsport, GTI Clubsport 45, GTD (diesel) and Golf R.

Crossover enthusiasts, know that the Taigo, T-Cross and T-Roc models are available, all more compact than the Taos sold here. For comparison, the T-Cross would compete with the Hyundai Venue while the T-Roc would replicate the Kona. We even dare to market a T-Roc convertible, somewhat reminiscent of the Range Rover Evoque Convertible which had been marketed for a few years. Also included are the short-wheelbase Tiguan and the latest generation Touareg, as splendid as it is luxurious.

The traditional automobile does not lose its place. Think of the Polo subcompact (as well as its GTI version) and the urban e-Up! or the Passat, particularly attractive in the family version. Disappeared recently from our catalog, the Arteon is still there, also available in an absolutely magnificent Shooting Brake version.

In addition to the ID.4 released a long time ago, Volkswagen offers the ID.5 there. A vehicle directly derived from the ID.4, but whose rear part is slender for a sportier look. From the format of the Golf, the ID.3 is also very convincing. One of the best-selling electric cars in Europe, at a price comparable to the ID.4.

Its friendly face and its practical format make it a car that would be loved by Quebecers, and which could notably replicate the Chevrolet Bolt EV and the Nissan Leaf. Signed Volkswagen, the e-Up! is an electrified city car with a range of just over 200 km. And let's not forget the ID.Buzz, the brand's new flagship, which will be offered to us in 2024, in an Americanized version.

In Europe, Volkswagen is a master in the art of the minivan. Certainly, even more with the arrival of the ID.Buzz, but for moons with the Touran and Caddy, which could be compared to the defunct Kia Rondo and Mazda5. Recently renewed, the Multivan is a great success, like the Caravelle, formerly sold here under the name of Eurovan.

There, the manufacturer even markets “California” versions of this model, renamed since they are transformed into a camper, cultivating the philosophy of the Eurovan Westfalia that we knew in the early 90s. And I will spare you the world of commercial vans, which Volkswagen manufactures in all sizes and for all needs!

Of course, I am aware that the needs and mores of North American buyers differ. That it would certainly not be viable to sell a Polo at $30,000 or an ID.3 at the price of the ID.4. However, the products offered in Europe retain this typical DNA of the brand that cannot have a product like the Atlas, which is too American.

Also listen to the most recent episode of the podcast Le Guide de l car with Antoine Joubert available via QUB radio:

It was therefore out of a surge of nostalgia that I flew over with a little more attention the models circulating on the Old Continent. And perhaps also, to salute the Golf, that many Quebecers are still crying.