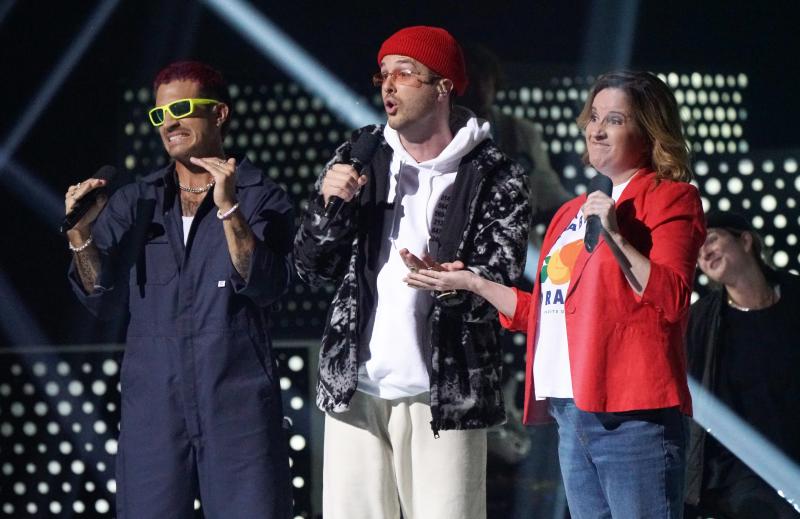 For the first time in three years, the Just for Laughs festival was back with galas in a full house and without distancing. The darling of humor, Pierre-Yves Roy-Desmarais, was entrusted with the task of hosting the first two galas of this 40th edition on Wednesday evening. The 27-year-old comedian has fulfilled his mandate very well.

After 11 years at Salle Wilfrid-Pelletier, the Just for Laughs galas have moved to the more intimate Théâtre Maisonneuve, with half the capacity. This desire to bring back the atmosphere of the Théâtre St-Denis, which had made Just for Laughs famous for so many years, proved to be a winner on Wednesday. The proximity of the public to the comedians made the show much warmer.

In years past, the audience at the first gala of the evening was generally perceived as being uninvolved. Wednesday was the complete opposite. Even though the galas were placed half an hour earlier than before – the one we saw started at 6 p.m. – the crowd gave very loud applause and standing ovations to the vast majority of the guests. Has the fact of having gone through two years of a pandemic had an effect on this overexcited atmosphere? Probably.

Matthieu Pepper came to put his two cents in the opening number.

But the master of ceremonies also has a say in this story. Pierre-Yves Roy-Desmarais quickly set up a festive atmosphere with his opening number. Dressed as a suburban rapper, the comedian delivered a solid performance, in the company of Jay Du Temple and Élyse Marquis, where the gags paraded at lightning speed. When the gala is televised in a few months, the censors will have difficulty with some rather salacious jokes.

After such a successful opening, we would have taken a lot more from Pierre-Yves. But as his role as host demanded, he rather stepped aside for the rest of the show by simply introducing his guests.

Pierre-Yves only returned for longer at the very end of the gala, in a very effective sketch with Jay and Élyse who made very nice nods to the opening number. However, we would have preferred to have this video in the middle of the gala instead of closing it. The evening, which had started so energetically, ended on a strange note, the audience being rather passive during the video.

As for the guest comedians, Pierre-Yves called on his friends in the community. We were thus treated to a fine selection of up-and-coming artists who were pretty much all rife with Zoofest before the pandemic.

Charles Pellerin managed to make us laugh by talking about his illness, the 'alopecia. “It's also known as the disease that ruined Oscar night. I have Will Smith's wife's disease. I'm very happy to have his illness and not Will's.”

David Beaucage later hit the mark with a number without tail or head, punctuated by hilarious songs, including a tasty one on Greta Thunberg.

Adib Alkhalidey had the honor of closing the march, he who will be at all the galas this year. In excellent shape, the comedian delivered the best number of the evening when talking about his recent move away from the city. His tale of the fox screeching at night made us burst out laughing.