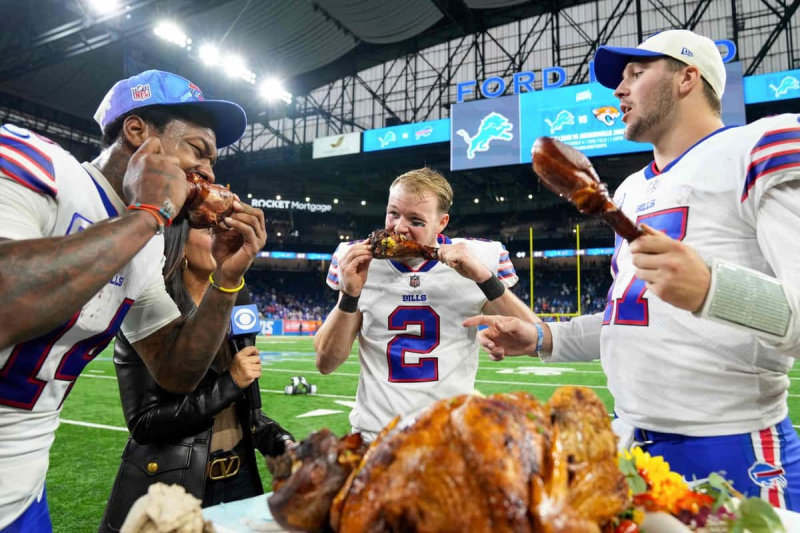 A late field goal by Tyler Bass broke the tie as the Buffalo Bills edged the Lions 28-25 on Thursday in Detroit.

Josh Allen certainly had a say in the victory, having managed two touchdown passes in addition to crossing the goal line another time with his legs. The Bills quarterback (8-3) completed 24 of 42 passes for 253 yards, suffering an interception in the process.

Despite the win, the Bills may have suffered a heavy loss as Von Miller injured his knee late in the first half when an opposing player fell on his leg. He did not return to play afterward, and a magnetic resonance imaging test will be required to determine the extent of the damage.

Miller, 33, joined the Bills in of the off season. The linebacker has so far had eight sacks, 19 tackles and a forced fumble.