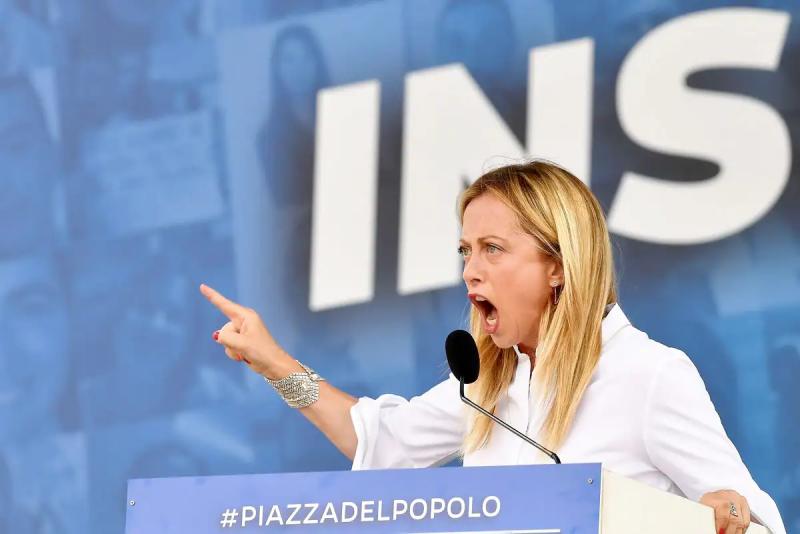 Giorgia Meloni will be the most right-wing Italian leader since Mussolini. Fratelli d'Italia has its origins in a formation founded by nostalgic fascists after the Second World War.

His victory comes just after the victory in Sweden of a party with neo-Nazi roots and the spectacular gains made by the National Rally of Marine Le Pen in France. At the heart of the electoral program of these parties, immigration.

With the war in Ukraine and its aftermath, immigration will dominate politics in Europe for the foreseeable future: the influx of refugees from North Africa and the Middle East is only going to increase.

Becoming Italy's first female prime minister was the dream of this former bartender since her political beginnings as a teenage far-right activist in a poor area of ​​Rome.

Marine Le Pen and British Prime Minister Liz Truss were quick to congratulate Giorgia Meloni. Hillary Clinton said the election of a country's first female prime minister “is definitely a good thing.” She may one day regret saying that.

If female politicians sing her praises, Guardian columnist Van Badhamwickedly writes that the election of Giorgia Meloni is a reminder that public women can be just as obnoxious as men. Women lead right-wing governments and are sometimes as warlike as the men: Golda Meir, Margaret Thatcher, Indira Gandhi. I open a parenthesis here.

In Canada, the conservative right did not make such a happy choice by electing Kim Campbell as leader, who will thus become Canada's first female prime minister. For a few months only. In 1993, she suffered the worst electoral defeat in the country's history and the “Honorable” Jean Charest, to use the predicate that sometimes confuses her, succeeded her as Conservative leader.

For Europe, a nightmare

Giorgia Meloni will team up with Hungary and Poland when it comes to reducing immigration to the European Union. Mateusz Morawiecki, the Polish Prime Minister, had already tweeted his congratulations to her even before she declared victory.

Meloni says she will keep Italy aligned with NATO in its support for Ukraine. But a tough winter could lead him to consider waiving sanctions and a hard line against Moscow: his potential coalition partners are zany libidinous billionaire Silvio Berlusconi and anti-immigration populist Matteo Salvini. The two get along with Putin like thieves at a fair.

An ever-increasing number of Italians recognize themselves in the anti-immigration rhetoric and the conservative family policies of Giorgia Meloni. She promises more support for childcare centers and to Italian women she encourages to have more babies to keep immigrant workers out of Italy.

And her tax promises would mean less revenue for the government and a lot of pressure to borrow more. Italy is already one of the most indebted countries in Europe. Liz Truss, here we come!