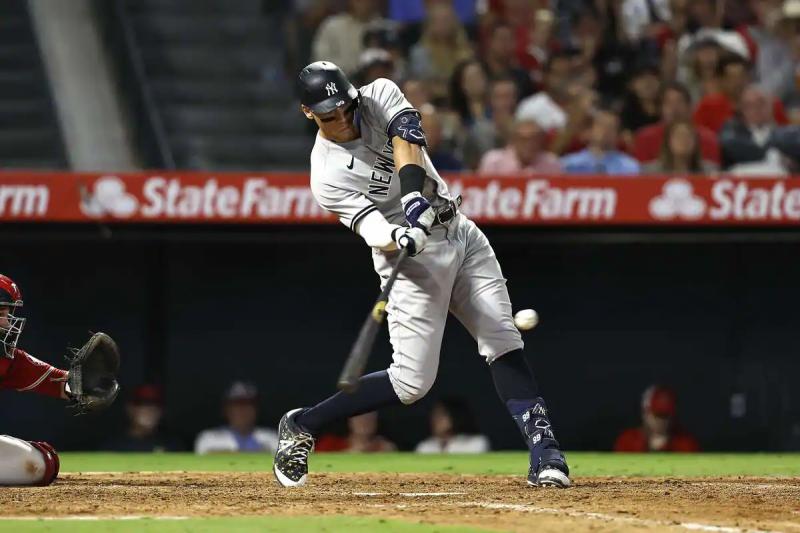 New York Yankees slugger Aaron Judge may have reached the 50 homer mark this season on Monday, but he remains rather cold in the face of the repeated failures of his team in August.&nbsp ;

Judge secured his second career 50-plus four-goal campaign by sending a shot from Los Angeles Angels reliever Ryan Tepera over the fence early in the the eighth round. Although he became the 10th athlete in major league history to hit two or more half-hundred long runs, Judge was not in the mood to celebrate.

The Bronx Bombers lost 4-3, suffering a third straight loss after a five-game winning streak. Their lead at the top of the American League East Division is seven games.

“I don't dwell on individual statistics, good or bad. It's good, but I'm furious with the loss. We will discuss the feelings related to all of this once the campaign is over,” he ruminated, according to his comments reported by the daily “New York Post”.

“It's just another number, also told ESPN the one who will conclude the regular schedule with 63 homers if he maintains the current rate. I don't want to diminish the whole thing, I just don't like to talk about numbers. We can discuss all this after the season and review everything, but for now, the most important thing for me is to get victories.

On the other hand, his manager Aaron Boone wanted to express his admiration for the prowess of the right-handed hitter, who had totaled 52 gunshots in 2017.

“He has 50 and we are again in August, he recalled. It's hard to ignore the fact that he's having a phenomenal year. […] The only time we gave him a good shot to hit, he sent the ball towards the rocks [outside the field in center field].”

“It will be fun to watch for the last month and see what he can do, added Judge's teammate Giancarlo Stanton. He's going to do something amazing. He's already done that. We have one more month to see him.”