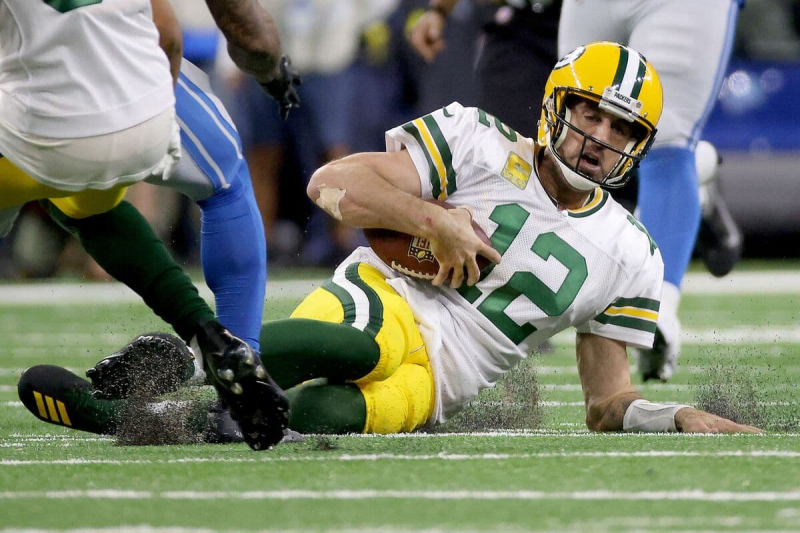 The Green Bay Packers' tough season continued on Sunday, and their quarterback Aaron Rodgers is genuinely unhappy except hoping for a move up the standings and performances worthy of the potential of training.

They were defeated 15-9 by the Detroit Lions and find themselves with a poor record of 3-6.

At this rate, the Wisconsin team will be watching the next playoffs a long way from pitches and it's not the scenario Rodgers dreamed of last offseason. having been often mentioned, before signing a three-year contract extension.

Green Bay is in a precarious position, but there is still plenty of football to play.

“Frustration and the feeling of misery are two different emotions. When I decided to come back it was 'all-in' and I don't make big decisions like that only to regret them completely,” Rodgers told the club's official website. So I was fully committed and there are certainly many life lessons to learn. Fortunately, it's not over. There are many matches to be played. Probably many people count us as beaten, but we'll see how we respond.”

An army that loses soldiers

However, despite his good will, number 12 must coping with an anemic and badly bruised attack.

In the previous duel against the Buffalo Bills, head coach Matt LaFleur's team relied primarily on running offense, which left Rodgers somewhat in the doldrums.

Meanwhile, Allen Lazard has a bad shoulder and Randall Cobb remains on the sidelines. And Sammy Watkins struggles to catch a ball.

The Packers could not solve the defense of the Lions, far from being an NFL powerhouse.

“They forced us to throw passes. I don't know how many times everyone was planted at the line of scrimmage at the time of the relay. Surely we can do things better strategically to avoid that,” LaFleur said.

If they want to get back on track and improve their chances of making the playoffs, the Packers will have to accumulate victories. Sunday, the task does not look easy with the visit of the Dallas Cowboys to Lambeau Field.