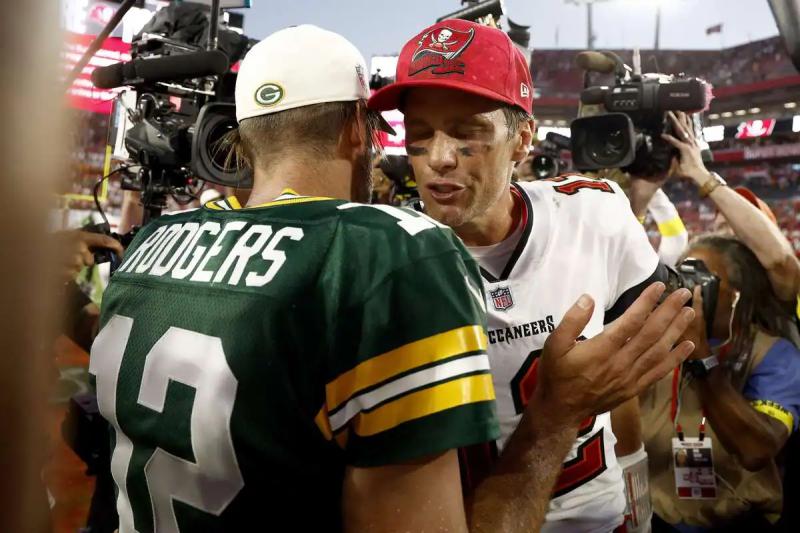 In the possible last duel of the regular season between quarterbacks Tom Brady and Aaron Rodgers, the latter won Sunday at Raymond James Stadium.

This game was won 14 to 12 by the Green Bay Packers against the Tampa Bay Buccaneers. However, it was not the duel expected between the two exceptional pivots.

The “Bucs” fans had to wait until the last minute of play to see Brady throw his only touchdown pass. The unit of the holder of seven Super Bowl rings was unable to complete the two-point conversion that followed this major, which gave the visitors the victory.

Brady finished his matchup with 31 passes from 42 attempts. He amassed 271 yards. Deprived of wide receivers Mike Evans, Chris Godwin and Julio Jones, the 45-year-old veteran turned to Russell Gage. The latter put his hands on 12 of the 13 throws sent in his direction for 87 yards and a touchdown.

On the side of Rodgers, the holder of the last two NFL MVP titles found two teammates for touchdowns, but was unable to register a point in the second half. He was also a victim of larceny. The leader of the Packers (2-1) completed 77% of his passes for 255 yards.

At SoFi Stadium, the Jacksonville Jaguars won their first game on the road since the 2019 season, ending an 18-game losing streak on enemy ground. The Florida club defeated the Los Angeles Chargers 38-10.

Quarterback Trevor Lawrence has been excellent. The first-ever pick in the 2021 draft completed 28 of 39 passes he attempted for 262 yards and three touchdowns. Zay Jones, Christian Kirk and Marvin Jones Jr. were his targets in the pay zone.

Running back James Robinson also had a say in the Jaguars' 2-1 win. He ran for 100 yards and scored a major on 17 carries.

For the Chargers (1-2), Justin Herbert had 297 yards and a touchdown with his arm. He was, however, the victim of an interception and fumbled the ball once. The young sensation played despite a broken rib cartilage.

Cordarrelle Patterson had 141 yards and a touchdown with his legs, which which was a big part of a 27-23 Atlanta Falcons (1-2) win over the Seattle Seahawks (1-2) at Lumen Field.

At University of Phoenix Stadium , the Arizona Cardinals (1-2) were unable to score a single touchdown and went down 20-12 to the Los Angeles Rams (2-1).