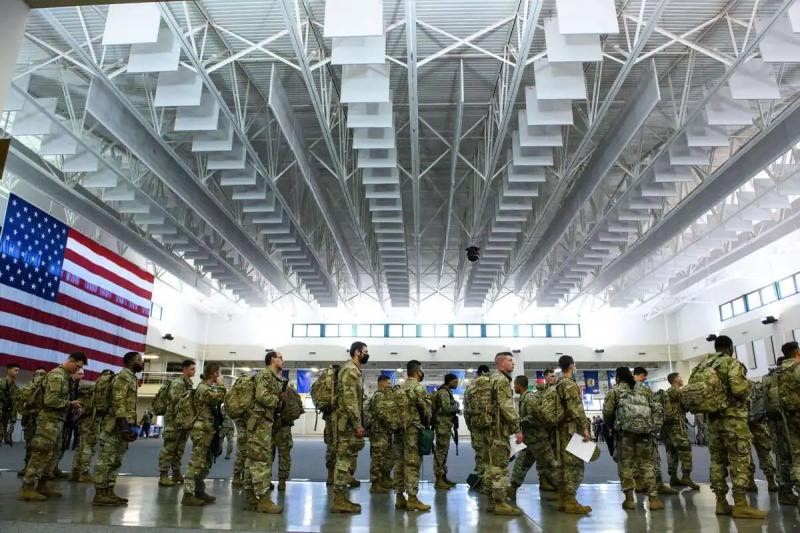 Access to abortion for American veterans and families of ex-soldiers will be facilitated, with limits, in health centers reserved for them, the Ministry of Health announced on Friday. Veterans.

The US federal authorities are thus responding to President Joe Biden's desire to defend, as much as possible, a right recently taken away from women in at least 13 US states.

These federal services will thus provide “access to abortion if the life or health of the veteran was threatened in the event of a pregnancy carried to term, or if the pregnancy is the result of rape or incest,” the ministry said in a statement.

The latter “is taking steps to ensure that female veterans and other beneficiaries of its services receive abortion care throughout the country,” the statement said, as several US states have already completely banned abortion. abortion, even in cases of rape or incest.

The department has nearly 1,300 health centers in the United States that provide services to the 9 million veterans and their families.< /p>

Physicians at these centers will be able to perform abortions even if the state where they work prohibits it, because “departmental employees may provide authorized services in the course of their federal employment, regardless of the state restrictions,” the statement said.

The now very conservative U.S. Supreme Court struck down the constitutional right to abortion on June 24, which had been protected for nearly 50 years in the country, and returned to each state the power to legislate on the matter.

Since the overturning of the famous case Roe c. Wade, at least 13 states have banned or severely restricted access to abortion, according to the Guttmacher Institute, which advocates for access to contraception and abortion.

President Joe Biden, a staunch abortion rights advocate, has since tried to limit the scope of these restrictions, but his moves have so far had limited reach in a country where presidential power, however great, is limited. versus the jurisdictions of the states, Congress, and the Supreme Court.