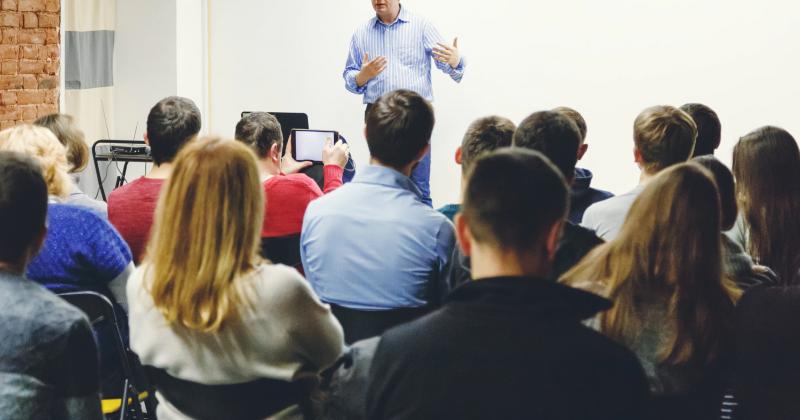 This article is part of a file on the dozens of workers who have been punished since the start of the pandemic for their anti-vaccine remarks, anti-sanitary measures or for having failed to respect certain rules. Speakers explain the need for these sanctions while others denounce a “slippage”.

Protected by academic freedom, at least five university professors have faced criticism for conveying false or misleading information since the start of the pandemic.

“COVID: Asymptomatics [sic] do not transmit virus according to WHO. So the pandemic is over. Why the mask? wrote law professor Mario Naccarato on Facebook in September 2020.

He is one of the university professors who have been singled out for their statements or shared content in the past two years ( see below).

Unlike professionals, university professors' disciplinary records are confidential. However, several have been the subject of criticism in the media.

Université Laval has dissociated itself from the comments of three of its academics, a decision that is far from trivial. Two of them have been suspended.

“The rector [of my university] is not my boss,” summarizes Yves Gingras, professor of the history of science at the University of Quebec in Montreal (UQAM).

It is not up to the management of a university to tell professors what is correct or not, but rather to other scientists in the same field, explain several professors interviewed as experts or union representatives.

“Going out publicly to dissociate oneself from the remarks is already a sanction [towards the professor]”, explains Louis-Philippe Lampron, president of the Union of Professors at Laval University.

Because in this way of implying that he is wrong, we are already interfering in academic freedom, he adds.

In early June, the Legault government passed a law on academic freedom.

It aims to protect professors, lecturers and graduate students against pressures that would push them to censor themselves, both in class and in their research. The principle already existed before.

“But in fact, what we saw was arbitrariness. We saw rectors deciding [what is right] like little local kings. That's over,” says Jean Portuguese, president of the Quebec Federation of University Teachers.

This means- can university professors say anything without the university being able to call them to order? It all depends on the context, explain the experts interviewed.

Did the teacher make these comments in full class? Or as a citizen on social networks? In a scientific article in his own field?

A law professor who says nothing dubious during his classes has every right to call himself anti-vaccine or even to pretend that the earth is flat on social networks, he gives as an example.

The problem is that many researchers venture beyond their field, notes Alexandre Coutant, professor of social communication at UQAM.

However, the new law also allows academics to comment on a field other than their own. And that's fine, because the limits of an expertise are difficult to determine, believes Jean Portuguese.

For example, an anthropologist can very well criticize the work of a sociologist, illustrates-t -il.

In February he participated in a YouTube channel video Elo wants to know bringing together scientists and in which misleading information has been conveyed. He has also signed several open letters in various media.

According to the newspaper Le Soleil, he was suspended on June 14 for 8 weeks after sending an email to his colleagues inviting them to start a debate on vaccination. A grievance was allegedly filed against the employer, which the union confirmed to the Journal.

Mr. Provost did not respond to our interview requests.

He conveyed erroneous statistics and information on the vaccination of children and on the impact of COVID-19 on its social networks as well as in a video of the collective Réinfo Covid, a platform where several false information have circulated.

According to the newspaper Le Soleil, he would have been suspended for 8 weeks.

Reached by email, Mr. Derome indicated that he was required not to comment.

On his social networks, he multiplied conspiratorial allegations, such as those involving Bill Gates, claiming that the pandemic was “false”. He also called the vaccine a “poison” and relayed posts from fake news sites.

Mr. Naccarato did not respond to our emails. It is not known whether any sanctions have been imposed on him.

Laval University has publicly dissociated itself from the comments of these three professors. “As soon as the person makes comments that are not based on their field of expertise or that are not supported by the scientific consensus […] they are asked to speak in their own name”, explains Andrée- Anne Stewart of local media relations.

Before the pandemic, Mr. Linard, who teaches in the chiropractic department, already made anti-vaccine comments that have been repeatedly denied by the scientific community, such as their supposed link with autism or even the use of vaccines to sterilize women in Kenya.

Last winter, he shared on Twitter an article signed by two scientists who have repeatedly been accused of spreading misinformation. He also participated in a video in which he questions the mortality due to COVID-19.

He did not respond to our interview requests.

Mr. Linard is still a professor, indicates Jean-François Hinse of UQTR before recalling that the collective agreement “stipulates that all professors are free to express their personal opinions inside or outside the university. The university did not specify whether any sanctions were applied.

Different responses from one institution to another

The Journal questioned all the universities in the province this spring to find out whether or not they would act in the hypothetical case of a professor who held unsubstantiated anti-vaccine comments on social media or in his classes.

The answers are very different from one institution to another.

In the case of a teacher who makes outlandish assertions in class, “we couldn't let that pass,” says Olivier Audet, communications from the École de technologie supérieure.

“If we had complaints, we would find the right way to do it. »

Laval University is the one that provided the most details on its process. An intervention is possible if a complaint has been lodged, explains Andrée Stewart, media relations.

“As part of a complaint for comments not supported by science, a committee of field will be set up to investigate,” she adds.

On the University side McGill, it is said that “there is no censorship. »

“Academic freedom on campus must allow any idea – no matter how unpopular or unusual – to be expressed and debated,” says Cynthia Lee by email.

But conveying This eminently false statement does it not reflect a lack of scientific professionalism or at the very least, a lack of judgment on the sources of information?

“It is completely real fact as a problem. But it is also real for a doctor, as for a politician. For anyone,” says Gilles Bronchti, president of the teachers’ union at the Université du Québec à Trois-Rivières.

“We have talked a lot about academic freedom. We generally forget [to talk about] the resulting responsibilities, ”says Jean-Hugues Roy, professor of communication at the University of Quebec in Montreal.