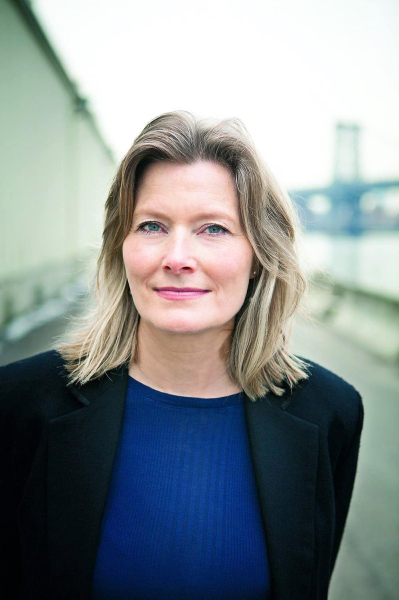 2011 Pulitzer Prize-winning novelist, American Jennifer Egan offers a mirror novel of What have we made of our dreams? with The Gingerbread House. This novel about the search for identity, true connection and meaning examines the super techno world we live in, where it seems that memory, identity and privacy are on the way to no longer being ours. The quest for Bix Bouton, a demi-god of technology, may be risky.

It's 2010. Bix Bouton is 40 years old. He is a successful entrepreneur in the techno field, married, father of four children. His company, Mandala, is so successful that he is considered a techno demigod. Everything seems to smile on him… but in reality, he feels empty.

One day, he finds himself in the middle of a discussion with professors from Columbia University and learns that one of them is researching the externalization of human memory.

Visionary, Bix Bouton continues research on the subject and ten years later, makes a brilliant release with Own Your Unconscious. This new technology makes it possible to access all our memories, but also to share them in exchange for access to those of others. Its technology has won over a lot of people… but there will be a price to pay, because it does not appeal to everyone.

Jennifer Egan describes the consequences of this technological discovery in the lives of several characters whose paths cross over the decades. And she does it in multiple ways, even in the form of tweets. A remarkable work as a writer.

In a telephone interview, the writer explains that this new novel is in a way a companion book to What have we made of our dreams?, 2011 Pulitzer Prize for Fiction.

“This is not a sequel. But in a way, my new book goes with it. It brings together different points of view which, put together, form a great story.

“Bix appeared briefly in What did we do with our dreams?, when he witnesses a drowning. But he was also the guy who sensed the incredible power of the internet before a lot of people. And I think we all know someone like that, who was online before we even knew what it meant. »

“My books are based on my curiosity”, she continues, explaining that she has followed the fate of certain characters of What have we done with our dreams? “The idea of ​​the external memory machine came later.

“Several things made me think about this. I myself can remember some people I met several years ago, but I cannot remember their names today. If I knew their name, I would have the tools to know what they have become with social networks.

She wondered what we really know about others, thanks to social networks.

“It's still something incredible: if we knows the name of a person and we know where they come from, we are likely to know a lot about them. I wondered what it would be like if we knew even more. »