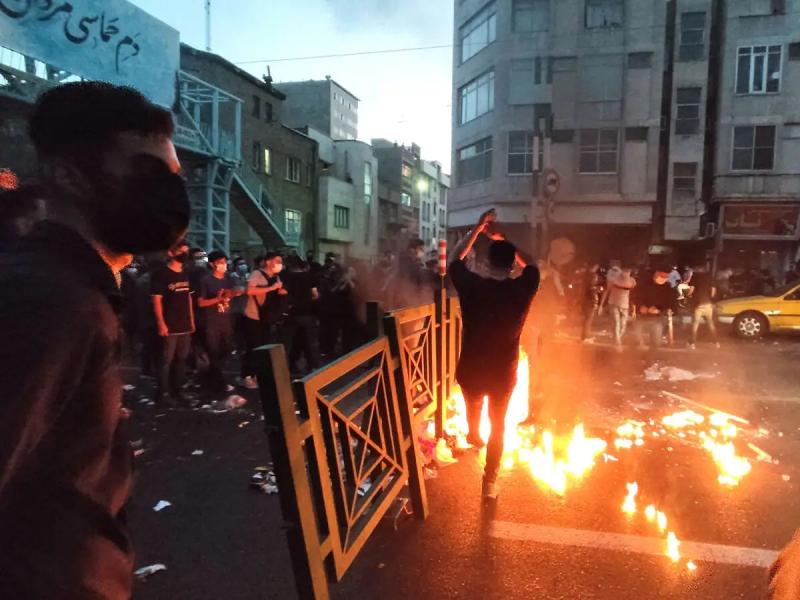 Authorities in Iran have blocked access to Instagram and WhatsApp after six days of protests over the death of a young woman arrested by vice squad, in which at least 17 people died according to a report from a state media on Thursday.

But the toll is likely to be much heavier, the opposition NGO Iran Human Rights (IHR), based in Oslo , reporting at least 31 civilians killed by security forces.

The death of Iranian Mahsa Amini, 22, has drawn strong condemnation around the world as international NGOs have denounced a “brutal” crackdown on protests. At the UN podium on Wednesday, United States President Joe Biden said he stood in solidarity with the “brave women of Iran”.

Mahsa Amini, originally from Kurdistan (northwest), was arrested on September 13 in Tehran for “wearing inappropriate clothes” by the morality police responsible for enforcing the strict dress code in the Islamic Republic, where women must cover up hair and are not allowed to wear short or tight coats or jeans with holes. She died on September 16 in hospital.

Activists say she received a fatal blow to the head, but Iranian officials have denied this and announced an investigation.

Demonstrations erupted immediately after his death, affecting around 15 cities across the country.

“Seventeen people including protesters and police have perished in the events of the last few days”, according to a new report given by state television which does not give further details. A previous report from Iranian media reported that seven protesters and four policemen were killed.

Iranian officials nevertheless denied any involvement of the security forces in the deaths of the protesters.

But like other international NGOs and the UN, Amnesty International denounced a “brutal repression”. She reported “illegal use of shotgun shells, steel pellets, tear gas, water cannons and sticks to disperse the demonstrators”.

Since the start of the protests, connections have been slow.

“And since Wednesday evening, it is also no longer possible to access Instagram, by decision of the authorities. Access to WhatsApp is also disrupted,” according to the Fars news agency. This measure was taken because of “the actions carried out through these social networks by counter-revolutionaries against national security”.

UN human rights experts have ruled that such “disruptions are usually part of efforts to stifle the freedom of expression and to limit demonstrations”.

During the protests in several provinces of Iran, demonstrators clashed with security forces, burned police vehicles and chanted anti-government slogans, according to media and activists. Police responded with tear gas and arrested an unknown number of people, according to Iranian media.

According to activists, clashes broke out on Wednesday evening in Mashhad (north-east) demonstrators and security forces who opened fire. In Isfahan (center), protesters tore down a banner showing Iranian Supreme Leader Ali Khamenei.

The images more viral on social networks are those where we see women setting fire to their headscarves.

“No to the headscarf, no to the turban, yes to freedom and equality!”, shouted protesters in Tehran, their slogans echoed in solidarity in New York or Istanbul.

According to Azadeh Kian, professor of sociology at Paris Cité University and specialist in Iran, “what is unprecedented in these demonstrations is that we find women at the front of the stage”.

On Friday, at the call of a governmental organization, demonstrations in favor of the wearing of the veil must take place across Iran, in particular in front of the University of Tehran after the weekly Muslim prayer, according to the official agency Irna. These “demonstrations aim to condemn the indecent actions of a few mercenaries who have (…) set fire to mosques and the sacred Iranian flag, desecrated women's hijab, destroyed public property and undermined security”.

The protests of the past few days are among the largest in Iran since those of November 2019, triggered by rising gasoline prices, in the midst of an economic crisis. A hundred cities had been affected by a protest, severely repressed. The official death toll is 230, more than 300 according to Amnesty International.