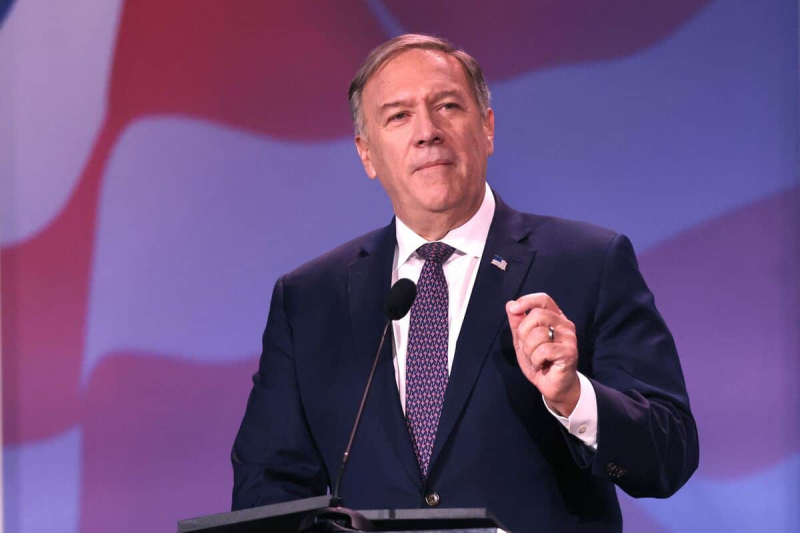 Former US Foreign Minister under Donald Trump, Mike Pompeo, claims in a book published Tuesday that India and Pakistan were on the brink of a nuclear confrontation in 2019 and that the United States United then avoided escalation.

“I don't think the world really realizes how the India-Pakistan rivalry could have come so close to boiling over into a nuclear clash in February 2019,” Mr. Pompeo writes in his book, “Never Give an Inch.” (“Never give an inch”).

India launched airstrikes in February 2019 in Pakistani territory in retaliation for a suicide attack that killed 41 Indian paramilitaries in Kashmir. Pakistan retaliated by shooting down an Indian plane and capturing the pilot.

Mr. Pompeo, who was in Hanoi for a summit between President Donald Trump and North Korean leader Kim Jong Un, said he was woken up by an urgent phone call from a senior Indian official.

“He thought the Pakistanis had started preparing their nukes for a strike. India, he informed me, was studying its own response,” writes the man who also led the CIA under Donald Trump.

“I asked him to do nothing and give us one minute to try to see things clearly.”

Mike Pompeo then writes that American diplomats managed to convince both Indians and Pakistanis that neither country was preparing for a nuclear attack.

“No other country could have done what we did that night to avoid a horrible outcome,” he adds.

Mike Pompeo says he spoke with “the real leader of Pakistan,” referring to the Pakistani Army Chief of Staff, Qamar Javed Bajwa.

At the time, the US Foreign Minister publicly supported India's right to self-defense.< /p>

India and then Pakistan tested atomic bombs in 1998, causing then-US President Bill Clinton to call Kashmir “the most dangerous place in the world”.

Kashmir is a Himalayan region claimed by India and Pakistan. It has been the scene of several wars for its control since the partition of the British Indian Empire in 1947.