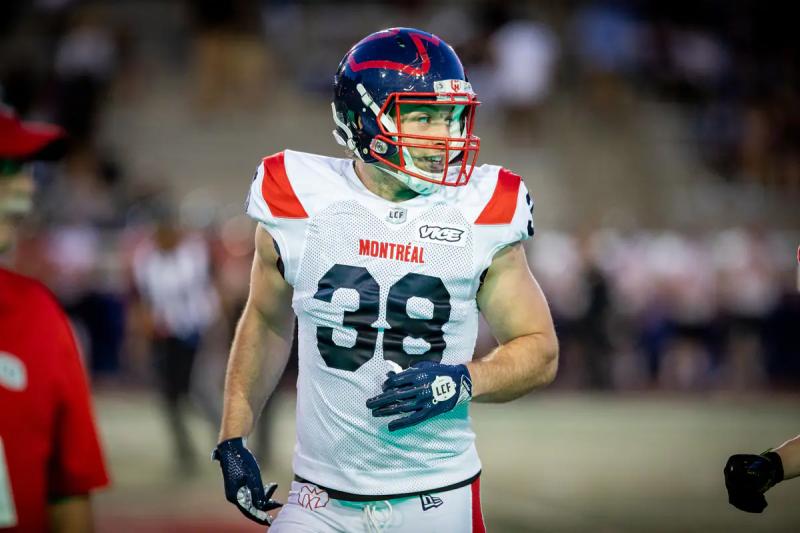 The Montreal Alouettes suspended fullback Christophe Normand “until further notice” on Friday, accused of luring a teenage girl for the purpose of committing an act of a sexual nature.< /p>

The Montreal organization refrained from commenting at length on its decision, but its president, Mario Cecchini, simply specified that “out of respect for all parties involved, we will await the results of the investigation” .

Consequently, it would be surprising to see the 30-year-old player back in the club's entourage in the coming weeks, or even by the end of the Canadian Football League (CFL) season. .

Normand finds himself at the heart of the turmoil after being apprehended by the Sûreté du Québec (SQ) on charges of luring and inciting sexual touching of a minor. By videoconference on Thursday, he pleaded not guilty to the charges against him and was later released. A search was also carried out inside his property in Eastman, in the Eastern Townships, according to the SQ.

The Quebecer's projects, both on the field and off, will likely be compromised with a guilty verdict. Normand signed a two-year contract extension with the Alouettes in April. The former Université Laval Rouge et Or and two-time Vanier Cup winner has worn the Sparrows uniform in all 10 of their games this year. In attack, he was not very visible, amassing 26 yards.

Outside CFL stadiums, the father of two children was involved with young people and said he wanted to do so after his sports career. In 2020, he was a full-time teacher at Monseigneur-Euclide-Théberge secondary school in Marieville while circuit activities were paralyzed. In March, he led workouts for participants aged 11 to 20. In addition, in 2021 he was the Alouettes' candidate for the Jake-Gaudaur Veterans' Trophy, awarded to the Canadian player who best displays the attributes of ex-soldiers.