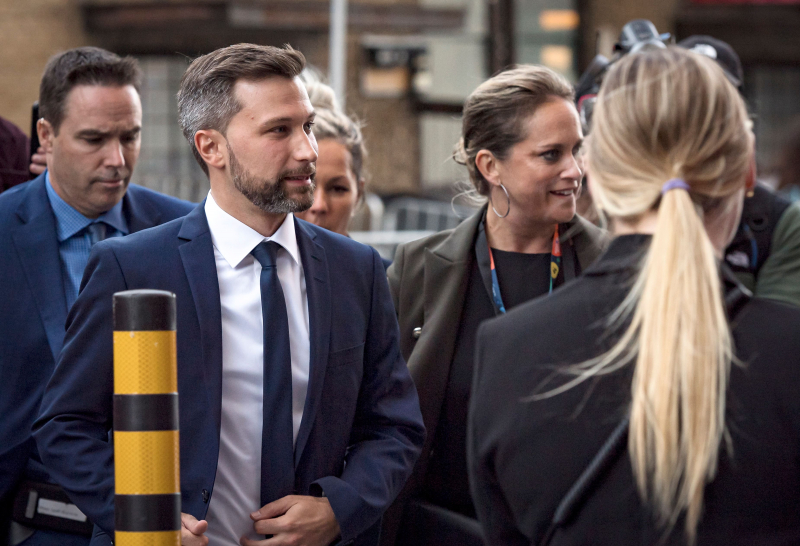 A man from Montérégie was accused of uttering threats to Québec solidaire co-spokesperson, Gabriel Nadeau-Dubois, the day after the October 3 election.

Benoit Kierans, 50, allegedly made threats via social media in mid-September before being apprehended by the Sûreté du Québec (SQ), according to our information.

The Franklin resident pleaded not guilty to the two charges filed against him at the Salaberry-de-Valleyfield courthouse. He was released on October 5 on a $1,000 deposit and a firearms ban.

This is one of 31 arrests made during the election campaign. is kept under close surveillance. More than 200 reports were made during this period.

The arrest of another man accused of harassing Liberal MP Marwah Rizqy caused a stir at the start of the campaign. However, the majority of threats were not revealed publicly even if they were contained.

During the campaign, the J.E team was able to monitor the bodyguards assigned to the various leaders within the framework of Opération Lilas.

The major deployment was coordinated from a command center located in the premises of the SQ in Montreal.

Officers trained several weeks in advance to subdue potential suspects. A list of individuals who may represent a risk and who are found near places visited by politicians has also been drawn up.

Over the past four years, no less than 919 potential threats have been listed by the intelligence and state protection.

The images of Justin Trudeau who received rocks during the last federal campaign also fueled the thinking of the police and the Department of Public Security.

“There has been a big increase in radicalization people,” says Alexandre Beaudoin of the General Directorate of State Security at the Ministry of Public Security.

The attempted attack on Prime Minister Pauline Marois on the night of the 2012 election is also remembered.

Thus, during the election night of Québec solidaire, which was held at the MTELUS, the very place where Richard Henry Bain fired ten years ago, metal detectors had been installed at the entrance.

REVIEW OF THE PROVINCIAL ELECTORAL CAMPAIGN