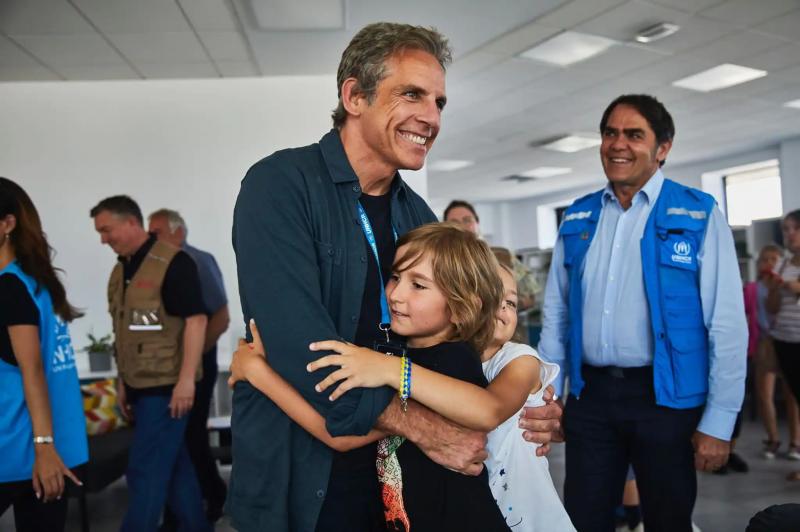 Ben Stiller traveled to Kyiv this weekend to support Ukrainians displaced by the Russian-initiated conflict.

He first posted a photo on Sunday showing him talking with Ukrainian refugees in Poland.

At the Medyka border in Poland I met families who fled the war in Ukraine, leaving loved ones behind, with no idea when they will be able to return home.
I’m so impressed w/@refugees representatives & how committed they are to supporting people on their journeys.#WithRefugees pic.twitter.com/buxUIIqilU

In a video shared on social media on Monday, he tells his admirers that he uses his time to help people war-affected civilians.

“I have just arrived in Poland with the United Nations High Commissioner for Refugees, to meet families whose lives have been torn apart by war and violence in Ukraine. Millions of people have been forced to flee their homes, more than 90% of whom are women and children, his message read. I am here to learn, share stories that illustrate the human impact of war, and amplify calls for solidarity. I hope you will follow and share your own messages of support, for people who have fled their homes in Ukraine and for those who have been forced to flee all over the world. »

He concluded, “Everyone has the right to seek safety. Whoever, wherever, whenever.

Other celebrities, including Sean Penn and Angelina Jolie, have also traveled to Ukraine or neighboring countries to lend their support to refugees as the Russian invasion continues.