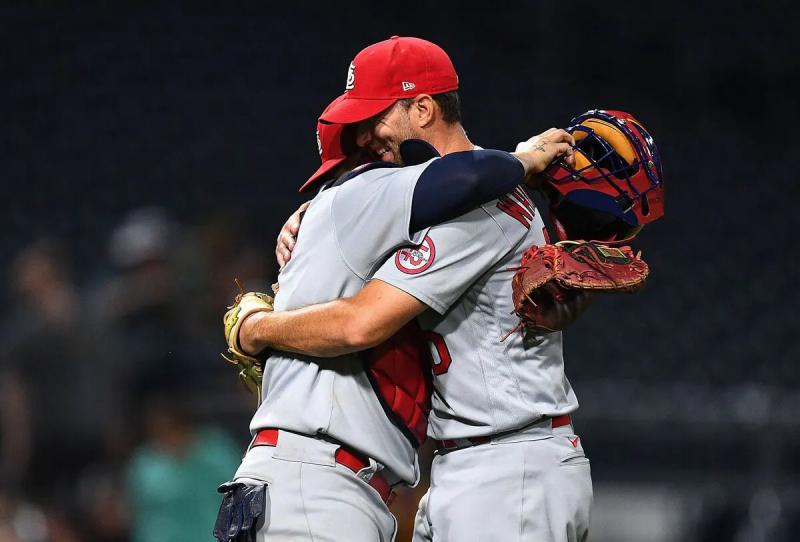 Adam Wainwright and Yadier Molina made major league history on Wednesday by becoming the most game-starting pitcher-receiver duo.

< p>The two members of the St. Louis Cardinals thus joined forces for the 325th time in their careers, thus surpassing Mickey Lolich and Bill Frehan, of the Detroit Tigers, at the top.

“It feels so incredible, to reach this number, to be on this list and to be at the top, Molina said after the game, according to comments taken by the major league baseball site. Hoping that [the brand] is never surpassed. It just gives a magical feeling to be at the top of this list and with “Waino”, an incredible human being.”

Wainwright and Molina, who are 41 and 40 respectively, were able to celebrate in the best of ways, signing their 213th win together. The Cardinals got the better of the Milwaukee Brewers 4-1.

The gunner also started his match with a throw that Christian Yelich deliberately watched pass for a catch, in a gesture that Wainwright described as “high class”. Wainwright even struck out Yelich two pitches later. Emotional, Wainwright was finally replaced after five innings, having allowed only one run on eight hits and two walks, in addition to passing three opponents in the mitt.

“It was a lot [of emotions] to deal with quite early on, because the crowd was amazing. She constantly gave me chills and brought tears to my eyes, the Gunner admitted. I had to control my adrenaline because he was in the mat.”

“Usually when I walk into the bullpen, I'm hyper-focused on the first batter and trying to find yourself in the right frame of mind, but there was a nice video on the big screen. I thought, 'They probably won't make any more videos like this that I can enjoy, so might as well do it for a minute or two.'”

The two men will have the chance to extend their lead at the top of the roster by playing more games together by the end of the season and maybe even in the playoffs, since the Cardinals are first in the Central Division of the National League.