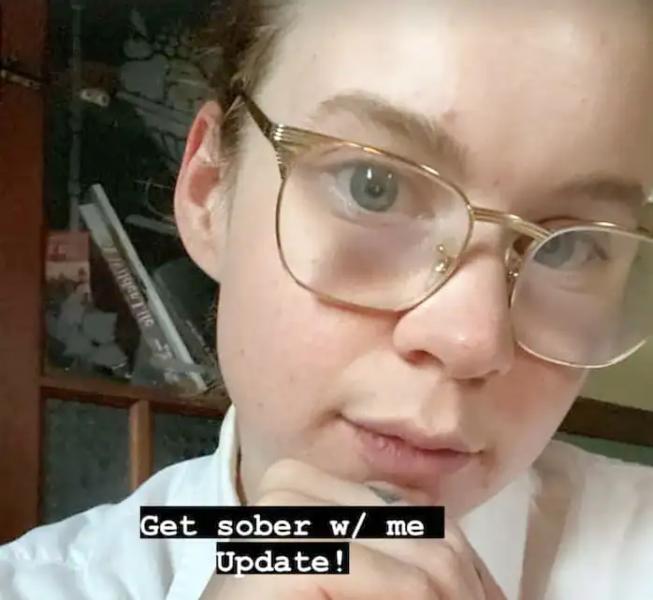 The winner of the first edition of The Voice wants to help others by opening up about her addiction to stimulants in a real cry from the heart on social networks.

In a long series of publications written in videos broadcast for three days on Instagram, Valérie Carpentier has returned what she describes as an “addiction to stimulants” (including Adderall, a drug generally used for the deficit disorder of the attention).

The singer hopes to help “people feel less alone” by speaking frankly and transparently about her problem.

Grouped in a tab titled Get Sober, the posts form a call for help and show a real desire to get out of it.

The 28-year-old singer explains that she wanted to document her experience and show, in a kind of diary, “how long it takes to become normal and well again”.

“For those who want hearing me sing, I tell myself that it will come back”, she says in a video. addiction and find it easier to see someone to prescribe medication.

The singer does not hesitate to speak of “addiction”, a problem she says she has been fighting for several years.

“A few weeks ago, I decided to flush in the toilet my prescription for Adderall,” she wrote. To end it once and for all […] The side effects of the drug had been ruining my life for years.”

She talks about paranoia, dark thoughts, loss of appetite and insomnia.

Pharmacist and science popularizer, Olivier Bernard explains that Adderall is a drug prescribed by a doctor in a medical context to treat attention deficit disorder. He adds that the risk of addiction is low when used in low doses, as prescribed by doctors.

“We all prescribe the lowest possible dose, he says. Personally, if a patient had come to see me and told me they had such intense side effects, I would never have left them in this situation.”

The pharmacist explains that the addictive potential of Adderall can arise when using the drug in high doses. “The potential for becoming addicted is when its use goes outside of the medical setting. People who have already suffered from addiction should not be prescribed this drug because it is an amphetamine that acts as a stimulant.”

In a video, Valérie Carpentier also admits to having taken amphetamines in order to stay thin. “I'm going to have to exercise and eat well to keep myself slim,” she says, adding that she knows what she's saying is terrible.

She explains that This “extremely difficult” decision to stop taking her “cold turkey” medication (all of a sudden) is the best decision she has ever made. She says she feels mixed feelings: from shame to fear, through relief and “gratitude to have finally opened her eyes”.

The singer from Cap-de-la-Madeleine says that it was her participation in the show Big Brother Celebrities that made her aware of her problem. “My Wake up call“, writes the one who had to leave the show on her own before the end of the show.

Contacted by email by Le Newspaper, Valérie Carpentier declined the interview request. She explains that she chose to deliver her story by stories Instagram for the sake of authenticity.

“I don't want to make a splash, I want to be sober and tell what I screw, without filter. Basically: I help myself and, you never know, it could end up helping someone,” she wrote.