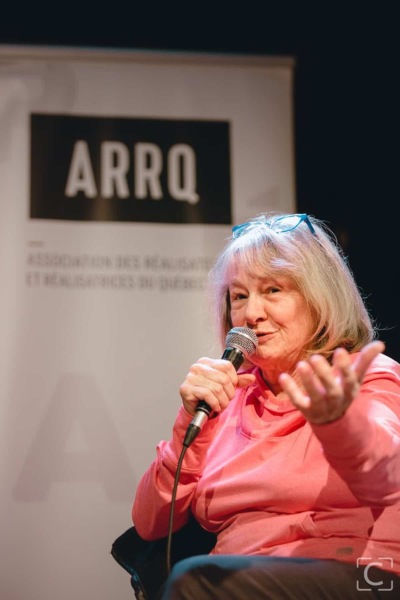 The films “Arsenault & Fils” by Rafaël Ouellet, “Babysitter” by Monia Chokri, “Falcon Lake” by Charlotte Le Bon, “Unété comme ça” by Denis Côté and “Viking” by Stéphane Lafleur are in the running for the 12th edition of the Prix collégial du cinema québécois (PCCQ).

Last year, Sophie Dupuis' feature film “Underground” won top honors. The director, who has since unveiled her new TV series on Club illico, “Motel Paradis”, was present on Thursday to announce the nominations.

For the first time, the PCCQ is also celebrating short films as part of its 12th edition, nominating the works “À la vie à l'amor” by Émilie Mannering, “La main gauche” by Maxime Robin, ” The Lauzon Theory” by Marie-Josée Saint-Pierre, “Oasis” by Justine Martin and “Simo” by Aziz Zoromba.

The two winners will be announced on April 1. A lot of work must be done by then, in terms of deliberation, a step that will involve representatives of 54 CEGEPs at the Hôtel Pur in Quebec City.

The 10 finalists were selected by a jury made up of specialists in the seventh art.

Filmmaker and actress Micheline Lanctôt remains the patron of the Prix collégial du cinéma québécois for a twelfth year, an event sponsored by Québec Cinéma, also from the very beginning.

“For this new edition of the Prix collégial du cinéma québécois, our organizing committee has once again outdone itself by recruiting 54 participating CEGEPs. For its part, our selection committee had the difficult task of selecting five feature films from the very wide variety of films of the year 2022. The novelty of this 12th edition? Short films! Five works that can also be viewed and discussed by students. Thanks to the dedication and enthusiasm of an ever-motivated teaching body, we will have a magnificent 2023 edition, finally free of the virus. This 12th edition promises to be just as exciting, rich and important as the previous ones and I am honored to continue to be its sponsor. Long live the PCCQ!” said Micheline Lanctôt.

“It is with enthusiasm that we support this great initiative bringing all the effervescence and beauty of our Quebec cinema to the new generations, young cinephiles fervent in discovery. We can't wait to discover the great Quebec films that are finalists and to welcome you on February 24 for the big discussion with the filmmakers at Rendez-vous Québec Cinéma,” said Sylvie Quenneville, General Manager of Québec Cinéma.