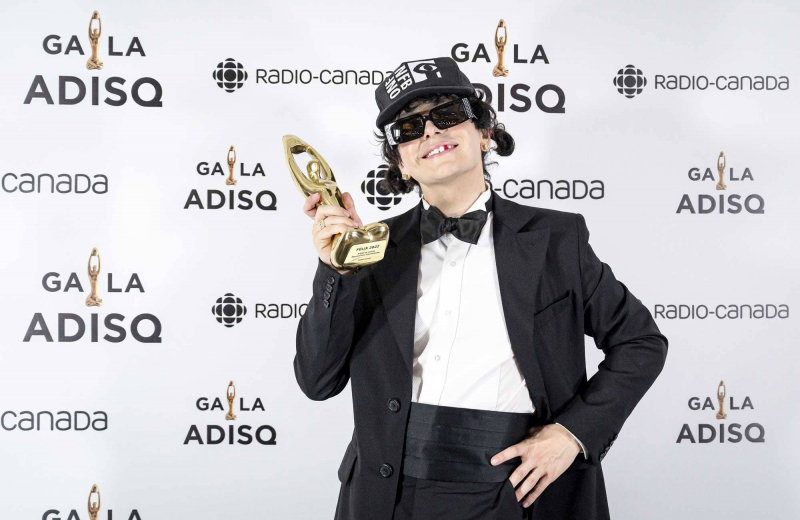 A fucking nice gala, Sunday evening. Here is a gala that should shut the fuck up to all those who no longer believe in it.

But this 44th ADISQ Gala should also open our fucking blinkers, as Hubert Lenoir would say, on the future of French in Quebec. I watched the gala on tape, Monday morning. I couldn't listen on Sunday evening, because I chilled out over a good meal with two friends, a Frenchman who had lived in Quebec for several years and the other, a Parisian of Swiss-Italian origin. . Quite by chance, we spent a long time discussing the French language that the youngest bastardized without any qualms in Montreal as in Paris.

The ADISQ Gala, hosted in an exemplary and good-natured way by humorist Louis-José Houde, proved to be a perfect example of the crass indifference of the youngest towards French and for some, like Hubert Lenoir, the example of the most perfect contempt they have for language. This three-Félix winner expresses himself so deficiently and with such indigence that it takes faith to believe that he is the author of the songs he claims. Unless by some phenomenon that only a shrink could explain, Lenoir is able to write, but unable to speak. He almost admitted it when saying thank you for the ultimate trophy he won.

After launching a series of fucking, shut the fuck upand muttered that he had a lot of trouble expressing himself, Hubert Lenoir read on his phone sensible, understandable and correctly written thanks. It was to use his own words: fucking chilland very reassuring too. The language so poor that seems his would therefore be only a posture. Such was the posture of Safia Nolin's outfit at the 2016 ADISQ Gala. the cows. This miserable trend seems to have come to an end judging by the designer undermining and elegance of most of those attending Sunday's gala.

Unfortunately, I fear that the tendency to enamel our language of slang and English expressions is not much more durable, as are the songs that consist of at most seven or eight words that are repeated like a mantra. The lyrics of contemporary songs must be glaringly poor so that the simple and conventional verses of Georges Dor in La Manic appear to us today as eternal poetry.

< p>MAYBE THERE IS HOPE

But let's keep hope. There may still be a future for our language. Listening carefully to the gala, I noticed that if we understand perfectly well the words sung by Bruno Pelletier, Mario Pelchat, Pierre Lapointe and even those sung by new Quebecers like Dashny Jules or Aboriginals like Natasha Kanapé or Laura Niquay, there is almost nothing to understand younger singers, native Quebecers, who do not articulate, mumble and eat their words rather than sing them in an understandable way.

These current gravediggers of French will perhaps become – to be his saviors in spite of themselves. As no one will soon be able to understand the jargon they sing, it will therefore not be able to continue. That would be fucking nice, wouldn't it Hubert?