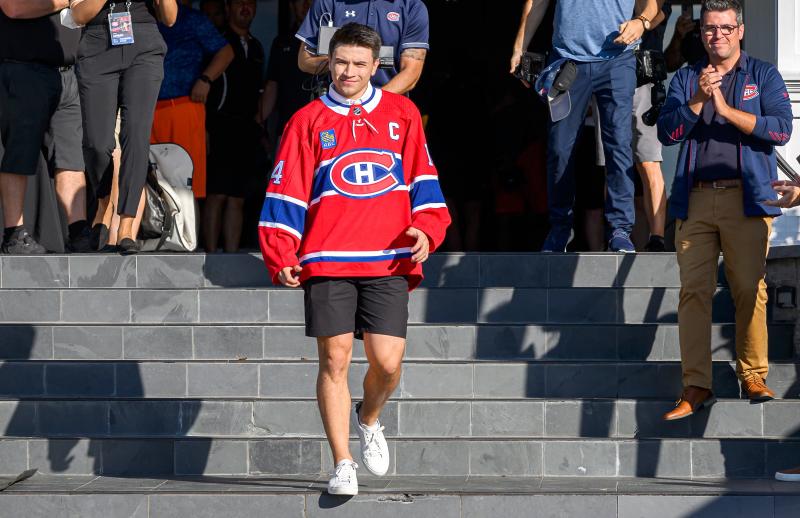 Advertising has always been a part of sport. It's a natural. Even the noble Olympics are no exception.

Did you know that there were sponsors at the first Games of the modern era in 1896? Coca Cola has been associated with the Olympic Games since 1928. However, the IOC still prohibits commercial brands from being displayed on athletes. were suspended in the heights of the building until the installation of the first large format scoreboard above the skating rink.

In baseball, the fences were plastered with commercial advertisements. In some places, including the De Lorimier stadium in Montreal, a player who hit the ball inside a hole made in an advertisement, won a prize awarded by the company or business in question.

The arrival of multiplatforms

The advent of television has increased sponsorships exponentially . More than 250 companies joined the Olympic movement when the Games were first staged globally in 1964.

The arrival of multi-platforms has exploded the market. Advertising is everywhere in sports. Companies are paying millions to leagues and their teams to have their names anywhere and on anything.

After MLS and the NBA, NHL players will sport logos of companies on their jersey starting this year.

Many supporters of the Canadiens resent this decision. They do not accept that the colors of the Royal Bank be affixed to the mythical blue, white and red jersey.

What would we have said if we had seen the logo of the Casino de Montréal or the Loto -Quebec instead?

We would have cried foul!

That's what so did the Washington Capitals who have partnered with Caesars Sports.

Same thing in Arizona where the Coyotes team up with Gila River Resorts and Casinos, and also, needless to say, with the Vegas Golden Knights who have linked up with Circa Sports.

We would never have thought it possible, but we're definitely there.

The Blue Jackets have chosen a windshield repair chain called Safelife, the equivalent of Lebeau vitres d'autos in Columbus.

The Pittsburgh Penguins opted for health care offered by Highmark. The Minnesota Wild chose Tria, a center for orthopedic treatment and sports medicine.

To date, we have reached seven teams with the Canadiens, and others will follow.

Will we see on the Detroit Red Wings jersey the logo of Little Caesars, a chain of pizzerias owned to team owners, in which Emperor Caesar enjoys a slice of pizza?

The Edmonton Oilers have announced that their jerseys will be unbranded this season. But let's see how long it will last.

The buzzword among proponents to describe the situation is evolution. Major League Baseball will be on the parade next year.

'It's a fact of life in professional sports,' MLB commissioner Rob Manfred said of the game des étoiles, in July.

Already in April, the San Diego Padres announced that they had reached an agreement with Motorola cell phones.

And, yes, as I wrote this week, the wealthy New York Yankees will have their advertising logo on their legendary striped uniform that they wear at home.

Is anyone or one sport to blame more than another?

Owners' dominance was coming to an end. But contrary to what many feared, professional sport is not dead.

Today, leagues generate billions in revenue. The value of certain concessions, including the Canadian, is estimated in the billions.

Owners and players find their account and the public is there more than ever!

Georges Laraque argued this week, on the airwaves of BPM Sports, that the value of the he agreement between the Canadian and the Royal Bank amounts to $31.5 million over five years.

The numbers differ depending on who you talk to. Some go so far as to say that the CH will receive $10 million annually.

But the amount doesn't matter. We can take for granted that the Canadian did not agree to put advertising on his jersey for peanuts.

Not finished with Bell

Moreover, the 20-year contract signed in 2002 with Bell for the naming of the amphitheater will not end this year or next year.

France Margaret Bélanger, president, sports and entertainment of Groupe CH, explains that the time lost by the canceled 2004-2005 season and the lockout which delayed the start of the 2012-2013 campaign are added to the agreement.

Presumably the effects that COVID-19 has had on the team's operations are also to blame.

The $100 million pact was intervened in 2002, when George Gillett owned 80.1% of the Canadiens and its amphitheater.

Of this sum, $70 million was paid to him on the spot in order to pay the mortgage he held on thebuilding.

Gillett had paid $275 million Canadian for the Canadian, the Molson Center and its entertainment division, in January 2001 .

In June 2009, he sold the whole thing for an estimated $575 million to the group led by Geoff Molson.