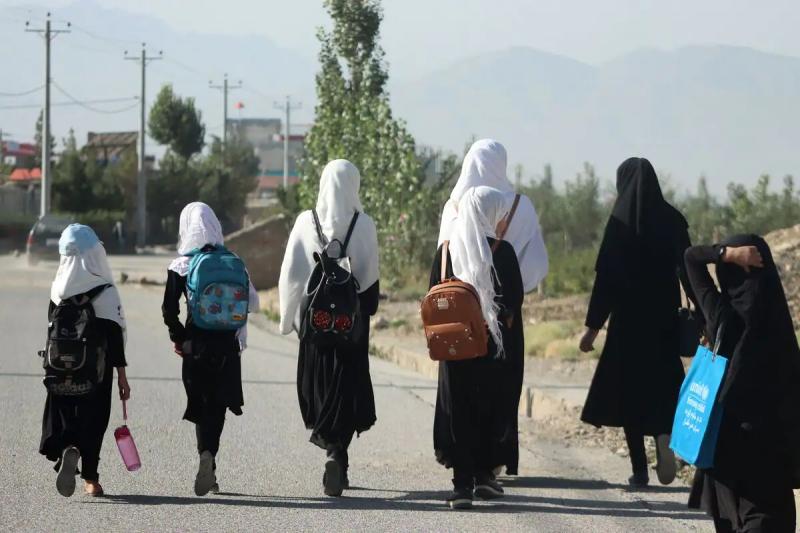 Barely reopened, secondary schools for girls in an eastern province of Afghanistan have been closed, angering dozens of students who demonstrated on Saturday to demand the Taliban lift of the ban, according to several witnesses.

Last week, five public secondary schools for girls in the province of Paktia resumed classes, after hundreds of female students and tribal leaders have demanded their reopening, AFP learned on Thursday.

After coming to power in August 2021, the Taliban banned secondary education, both middle and high school, for girls.

Four of these establishments were located in Garde, the provincial capital, and one in the district of Samkani.

But on Saturday morning, when students from the schools in Garde went to class, they were told to go home, an activist told AFP women's rights, Yasmin, and residents.

“When they didn't allow the girls to enter the schools, we staged a protest,” Yasmin said, reached by phone.

Journalists were not allowed to cover the protest .

“They (the Taliban) broke the mobile phones of some demonstrators”, to limit the dissemination of the images, continued the women's rights activist.

A resident of Garde, who requested anonymity for fear of reprisals, confirmed that the students “began to protest” when they saw “the doors of their school closed”.

“They protested peacefully, but quickly the rally was dispersed by the security forces,” he added.

Since their return to power, the Taliban have imposed severe restrictions on girls and women to conform to their ultra-rigorous vision of Islam, thus excluding them from public life.

In March, they ordered the closure of all secondary schools for girls, just hours after they reopened for the first time since their return in power.

The Taliban have since maintained that the ban was only linked to a “technical problem” and that classes would resume once a program, based on the precepts Islamic schools, would have been defined.

Some public schools nevertheless continued to operate in certain regions of the country, under pressure from local notables and families. However, they remain closed in most provinces.