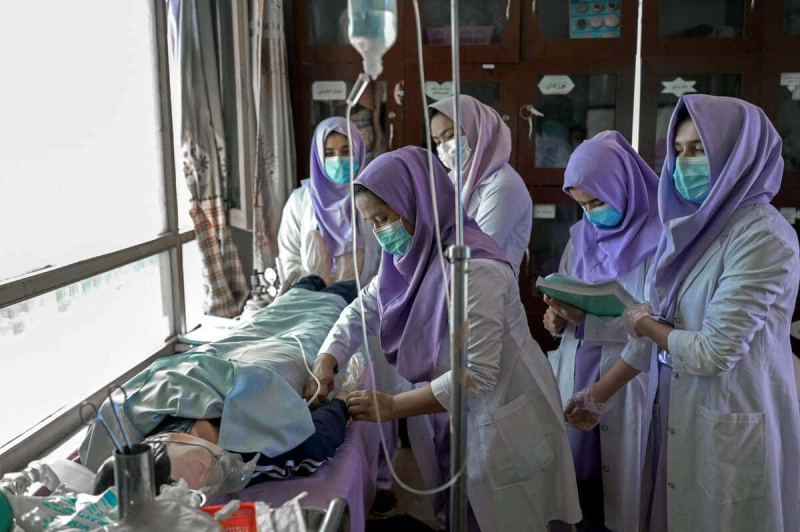 At least three NGOs have partially resumed operations with female staff in Afghanistan, after receiving assurances from Taliban authorities that women can continue to work in the health sector.

On December 24, the Afghan Ministry of Economy announced that non-governmental organizations (NGOs) were now banned from working with Afghan women, due to “serious complaints” about non-compliance with the wearing of the hijab, which must completely cover the body and face.

Several NGOs, including the International Rescue Committee (IRC), Save the Children and Care, immediately announced the suspension of their activities in the country to protest against this ban.

In recent days, however, these NGOs have resumed providing aid in some provinces with the support of their female staff in the health and nutrition sector.

“We have resumed activities in the health sector with female staff” in four provinces, Samira Sayed-Rahman, an IRC official, told AFP.

“We are continuing discussions with the provincial authorities in order to 'open health and nutrition activities in other provinces,' the NGO explained in a statement.

Some 1,260 NGOs operate in the country, according to the Ministry of the Economy, and employ several thousand women in essential positions, whether in food aid programs, in the fields of health or even the education.

Save the Children has also confirmed the restart of its activities in the health sector.

“We have received clear and reliable assurances from the relevant authorities that our female staff will be safe and able to work without hindrance,” Save the Children said in a statement.

“However, the general ban still in force, our other activities for which we have no reliable assurances that our female colleagues can work, remain in abeyance”, adds the association.

In a press release, Care also announced that it “resumes its health and nutrition activities in Afghanistan with male and female staff”.

“NGOs working in the health sector operate with their female staff (…). We need them to support malnourished children and other women in need of health services,” Economy Ministry spokesman Abdul Rahman Habib told AFP on Tuesday. p>

“They all work according to our religious and cultural values,” he added.

NGOs provide essential aid for this country, of which more than half of the 38 million inhabitants is facing acute food insecurity.