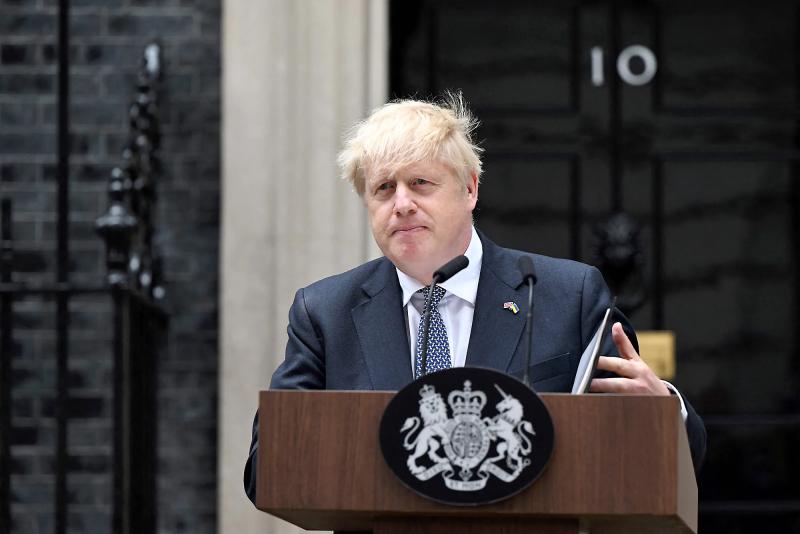 Brexit helped propel Boris Johnson as Prime Minister. His chaotic tenure has just driven him out of 10 Downing Street. Johnson's forfeiture may well mark the beginning of the end of Brexit.

To realize this, the inveterate liar told the English things that were too good to be true. Now the costs of divorce are becoming hard to ignore. The decision to leave the European Union is causing lasting economic damage to Britain.

The trade wrangling caused by Brexit has left the UK with higher inflation and slower economic growth than many other developed countries. Investment has fallen by 14% and, in the long term, UK exports and imports are expected to fall by 15%.

The British are threatened with becoming the 'sick man of Europe' again like in the 1970s, when they joined it to revive their economy.

And British opinions are changing as that they find out that Americans don't care what happens to them. Bye, bye the idea of ​​an economic “Anglosphere” to replace the EU.

Are they ready to restart the whole saga of negotiations, years of arguments that will divide the country and consume its energies, to be readmitted to the EU?

And when the British want to return, they will have to do so without the expectation of any kind of favor or concession. Britain will have to accept the euro as a replacement for the pound.

Besides, the likely consequences of Brexit will make a return more difficult. With the Brits out, the EU aims for ever closer integration, making Bre-entry a less attractive prospect.

Some say it will take a generation. But politics now moves faster in Europe, as in Britain. A second referendum on Scottish independence is looming, less than seven years after that issue was supposedly settled “for a generation”. An eventual independent Scotland would join the EU.

Northern Ireland is already halfway there. Disputes over the implementation of the Northern Ireland Protocol are ongoing with London and relations will remain difficult for the foreseeable future.

The future of the English is in Europe

A recent poll indicates, six years after the Brexit referendum and more than two years after leaving the bloc, that most Britons would vote for join the EU. Eighty-two percent of those who did not vote in the 2016 referendum say they would vote now to rejoin Europe. The majority in favor of EU membership is largest among young voters, 77% of whom would vote to join the bloc.

I don't know how long it will take, but it seems inevitable to me that the English will ask – even implore – the Europeans to readmit them to the Union.

“Britannia rules the waves”, proclaims the English patriotic song . Barring a Bre-entry, it will be “The waves rule Britannia“.