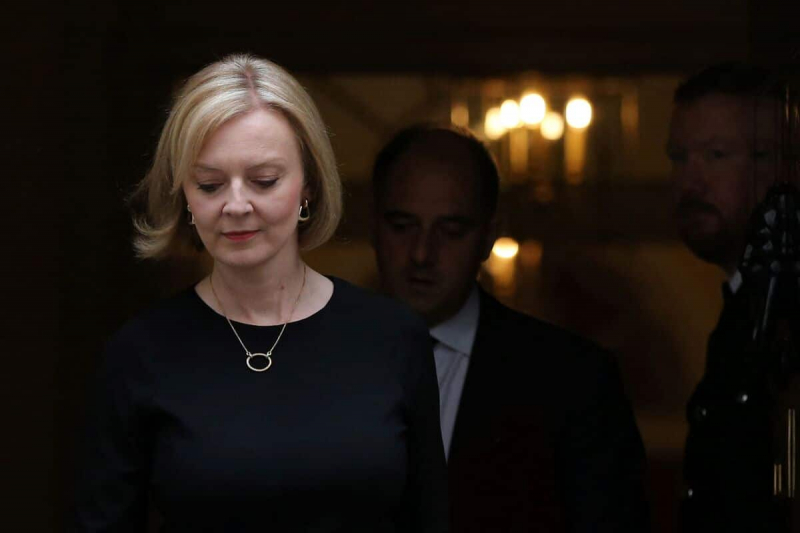 After apologizing for her “mistakes” and after the humiliation of abandoning her economic program, British Prime Minister Liz Truss must convince on Tuesday of her ability to stay in Downing Street.

“In office but not in power”, headlines the Daily Mail on Tuesday. “Humiliated,” writes the left-wing tabloid The Mirror.

Monday's tearing up of tax cuts promised by newly appointed Finance Minister Jeremy Hunt brought some semblance of calm to financial markets. But on the political level, Liz Truss comes out of the episode with her authority in tatters, forced to apply a policy which she until recently rejected, unpopular as rarely has a British leader been and openly contested by part of her majority after only six weeks in office.

“It is difficult to conceive of a more serious political and economic crisis”, writes the conservative newspaper the Daily Telegraph, who wonders if his majority, in bad shape after 12 years in power, is “ready to give him a break”.

Popularity at half mast

After three days of silence during which Jeremy Hunt appeared as the man in charge, Liz Truss admitted to the BBC on Monday evening “mistakes”. The Conservative Prime Minister promised to “fix” them, saying she was “sorry” and assured that she wanted to remain in office to lead the campaign for the next elections scheduled in two years, despite disastrous polls against the Labor opposition.

According to the YouGov Institute, one in ten Britons have a favorable opinion of the Prime Minister. This percentage only climbs to 20% among Conservative Party voters. And 55% of the members of this political formation believe that Liz Truss should resign while 38% want her to remain in office. A third would like Boris Johnson back in power.

The presentation at the end of September of plans for massive tax cuts and colossal support for energy bills had raised fears of a slippage in the public accounts.

The pound had fallen to a historic low and the long-term government borrowing rates had soared. The Bank of England had to intervene to prevent the situation from degenerating into a financial crisis.

If a certain calm has returned, investors remain nervous: after a strong rebound on Monday, the pound started to fall slightly on Tuesday, while public debt rates rose. And the British, already faced with a historic drop in their purchasing power, are already paying for the pot with more expensive mortgages and the pension funds managing their weakened pensions.

“So much harm has already been done,” said Rachel Reeves, Labour's finance manager, saying an apology is not enough. The leader of this party Keir Starmer judged that the government now had “no economic policy” after having “demolished” its projects announced at the end of September.

But in the immediate future, Liz Truss will have to win the confidence of his own party, where calls for resignation have multiplied. A first major political test awaits him on Wednesday with his weekly question-and-answer session in Parliament.

“His position is untenable,” said MP Charles Walker. This situation 'can only be corrected' with 'a new Prime Minister'.

Liz Truss having refused to resign and with no obvious replacement, it is not easy to oust her for the Tories . Ben Wallace, the defense minister who is seen as a potential successor, and new finance minister Jeremy Hunt have said they are not interested.

Jeremy Hunt announced he was scrapping “virtually all” of announced budget measures by his predecessor. Liz Truss then sent Minister Penny Mordaunt, responsible for relations with Parliament, to respond to the opposition in the House of Commons. Then she sat, silent, face set, in Westminster alongside the Chancellor of the Exchequer.

“It was excruciating to watch,” writes the Times. “Liz Truss was like a mourner at her own funeral,” for the Sun.