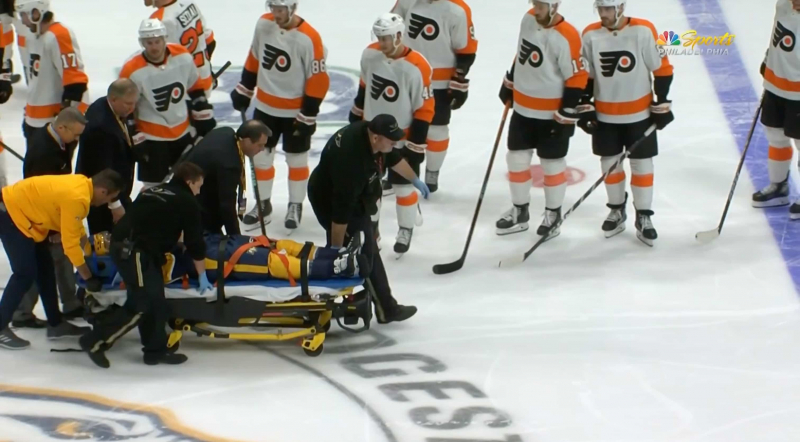 Having left the rink on a stretcher Saturday night, Nashville Predators defenseman Mark Borowiecki is back home.

His team clarified on Twitter Sunday that he will have to rest and undergo further medical evaluations before hoping to return to the game.

The veteran took a body check from Philadelphia Flyers forward Morgan Frost behind the net during the second period of their last game. He remained motionless on the ice for several minutes after the contact and was taken to hospital. When he left, he was conscious and could move his extremities.

“It's never nice to see a player go down like this. I think watching that, when he hit the boards and went down, you knew right away it was a serious incident, the Predators head coach told NHL.com. , John Hynes. Mark is a good guy and an important part of this roster.”

“It's great to know he'll recover from his injuries,” Hynes added, without revealing more about his physical condition. of his player. Obviously he'll be out for a while, but it's good to see he can come back.”

Borowiecki hasn't had a single point in four games and has clocked 12 minutes punishment this season.