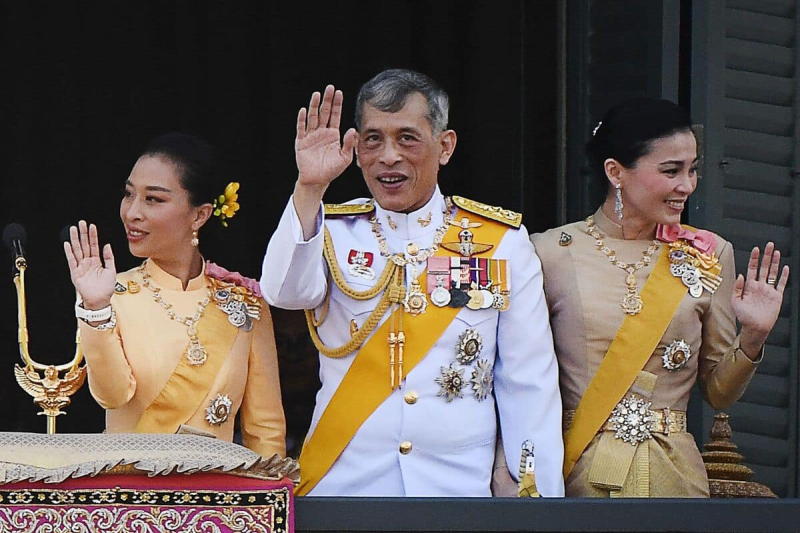 By capturing the attention of the mainstream media, the escapades of Prince Harry and the British royal family cast a shadow over monarchies around the world, whose brilliance it would be sad to miss.

A brief overview of the palaces reveals… preposterous royal controversies.

The princess and the shaman

Princess Martha Louise of Norway had already raised eyebrows by claiming to communicate with angels and the animal kingdom.

But it was her engagement to a celebrity shaman, Durek Verret, who propelled her outside the royal bosom.

Indeed, the princess dropped her royal obligations in 2022 to focus on her alternative medicine company, which she runs with her fiancé.

The latter had already embarrassed the Norwegian royal family on several occasions, for example by claiming that cancer was a choice and that a “mind optimizer” medallion, sold on his website, helped him recover from COVID-19.

In Thailand, the king Maha Vajiralongkorn has repeatedly proven her eccentricity by contemporary monarchical standards.

Besides her fondness for crop tops and temporary tattoos is the appointment of her poodle Foo Foo to the position of Air Marshal of the Royal Thai Armed Forces which probably surprises the most.

Foo Foo, who died in 2015, was cremated after four days of Buddhist ceremonies, prompting a flurry of veiled criticism on social media.

King Maha Vajiralongkorn is the world's richest monarch at the moment. currently, with a fortune of over $40 billion.

Queen Margrethe II of Denmark has decided that four of her grandchildren will no longer be princes and princesses, including 10-year-old Athena.

Their father, Prince Joachim, has already claimed to be “very sad” to see her children “mistreated” in this way.

Margrethe II, also known as Daisy, claims to have acted as a monarch, but also as a grandmother by taking this decision.

However, she admits having underestimated the repercussions.

It must be said that this is not the first royal family to undergo a slimming cure.

Since titles come with a number of duties and responsibilities, it may sometimes be preferable to concentrate them in a smaller number of individuals.

– With information from New York Times