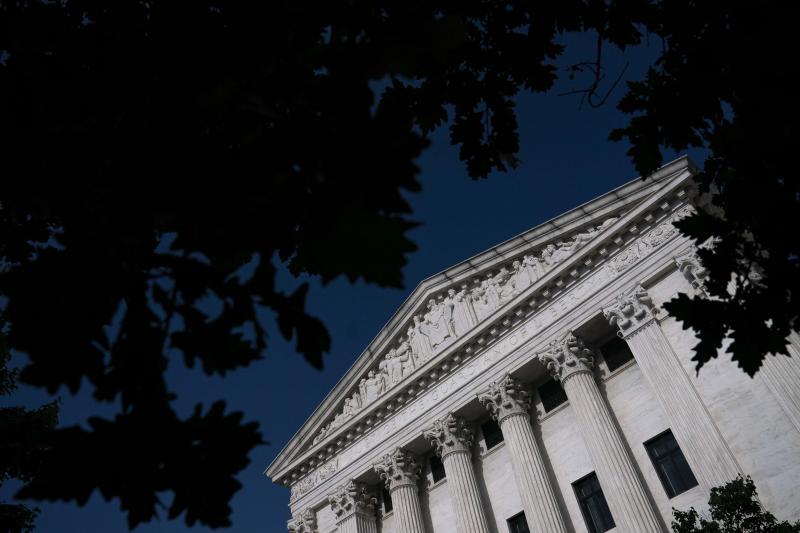 WASHINGTON | After having blasted the federal right to abortion, the very conservative Supreme Court of the United States began a new session on Monday which could end with other reversals, in particular for the rights of African Americans or homosexual couples. /strong>

Discrimination, electoral law, immigration… Several explosive files are on the menu of the high court.

First item on Monday's agenda: a dispute over federal government authority in wetlands.

The Court made its comeback with, for the first time in its history, a black woman among its judges. The arrival of Ketanji Brown Jackson, appointed by Democratic President Joe Biden, does not change the balance within the temple of American law: he retains a solid conservative majority of six judges out of nine, including three chosen by Republican Donald Trump .

In 2021-2022, “the Court relied on this conservative bloc to revisit long-established case law” and “it seems ready to continue (…) without restraint”, according to David Cole, legal director of the powerful civil rights organization ACLU.

In June, the Supreme Court overturned the ruling that had guaranteed American women's right to abortion for nearly 50 years, sanctified the right to bear arms, reinforced the place of religion in the public sphere and limited the powers of the public. environmental protection agency.

His decisions plunged the left into disarray, but delighted conservative circles, who for years had denounced the “judicial militancy” of the Court, which had become the arbiter of major social debates.

Ilya Shapiro, expert at the Manhattan Conservative Institute, believes that the Court is in the process of correcting “the excesses” of the 1970s.

For him, the judgment which in 1978 defined the legal framework for positive discrimination programs in universities is the next “in the sights of the Court”.

On October 31, the high court will devote a hearing to the selection mechanisms in place within the prestigious Harvard University and the public university of North Carolina.

These establishments, like many others, take into account ethnic criteria to ensure student diversity and correct the under-representation of black and Hispanic young people resulting from the racist and segregationist past of the United States.

These policies, sometimes referred to as “reverse racism,” have always been challenged on the right, but so far appeals have failed.

The Supreme Court itself has even ruled twice that universities could take into account certain racial criteria provided they were aimed solely at ensuring the diversity of the student population.

She now seems ready to back down.< /p>

In another file, linked to an electoral map in the state of Alabama on the menu as of Tuesday, she could unravel a part of the emblematic law of 1965 which ended the segregationist rules limiting the right to vote for African-Americans. in the South.

This “civil rights law” provides for the possibility of grouping black voters into a constituency to ensure that they have a few representatives. But it is illegal to concentrate them too much to diminish the weight of their vote.

The stakes are high in a country where black voters overwhelmingly vote for the Democrats, while white voters are more likely to support the Republicans.

Another case, from North Carolina, could “have far-reaching consequences for democracy,” according to Sophia Lin Lakin, who tracks election issues for the ACLU.

Republican lawmakers in this state are championing a new interpretation of the Constitution that it is taken up by the Supreme Court, would give “unchecked power to local legislators over the organization of federal elections,” she says.

Five years after having ruled in favor of a Christian pastry chef who did not want to sell a wedding cake to a male couple, the Supreme Court will also return to this sensitive subject , seized this time by a website creator.

In 2018, it rendered a decision of limited scope. This time, it could more broadly authorize merchants, whose products have a “creative” nature, to violate anti-discrimination laws in the name of their religious beliefs.

If we follow this logic, “architects could refuse to design houses for black families, pastry chefs to make birthday cakes for Muslim children…”, fears David Cole.

By the 30 June, the deadline for rendering its judgments, the high court will also have to rule on policies for deporting undocumented immigrants, the death penalty or policies for adopting Native American children.