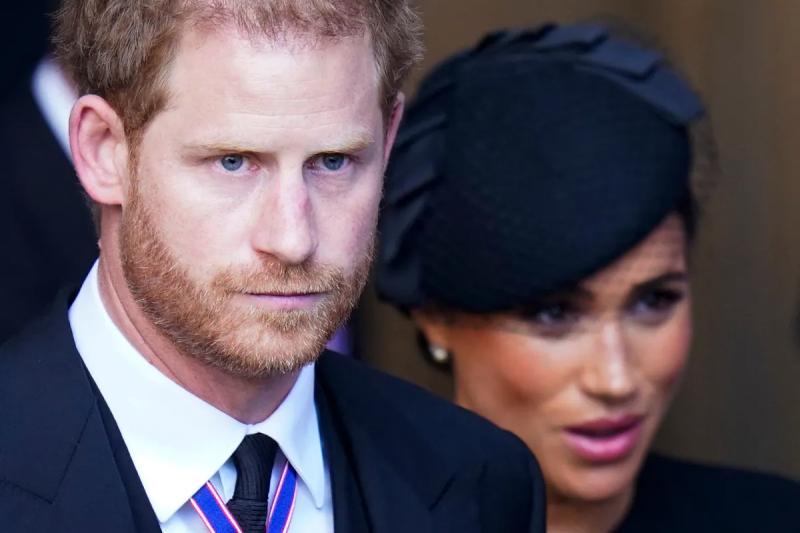 As soon as Elizabeth II's funeral is over, Harry, Meghan and Andrew return to the shadows. If the British monarchy offered to the eyes of the world trained on it the image of the most united family possible, the divisions are not settled.

The active “royals” resumed their representational work on Thursday. The heir William and his wife Kate went to thank volunteers and workers who supervised the organization of the funeral on Monday in Windsor, like his aunt Princess Anne with soldiers who marched. His uncle Edward was visiting him in Estonia and Germany to meet British troops.

While the monarchy had worked during the period of national mourning until the funeral to include Andrew, sidelined following a sex scandal, and Harry and Meghan, who left for California, the parenthesis seems closed. Now responsible for keeping the “Firm”, a pejorative nickname for the monarchy, Charles III shows no desire for the moment to wipe the slate clean.

However, he mentioned in his first speech his son Harry and his wife Meghan, with whom relations have deteriorated since their shattering departure to California in 2020. While seeming to rule out a return, specifying that the couple “continue to build their lives at abroad”.

The 'Sussex' (Harry is Duke of Sussex) have in return accepted the offer of Crown Prince William, Harry's brother, and his wife Kate – with whom they are reputed cold – to accompany them for a walkabout in Windsor, reforming the time of this appearance their former glamorous quartet of the “Fab Four”.

Even Prince Andrew, brother of Charles deprived of most of his military titles, was authorized to wear the uniform for “the vigil of the princes” of the four children of Elizabeth II around his coffin. The same for Harry the next day.

“They really offered a united front” to pay tribute to “one of the greatest Britons of all time,” said royalty expert Richard Fitzwilliams. They themselves had to guide this “world union” during the “fascinating” spectacle of the funeral, explains the expert, who considers the mission fulfilled.

“But everyone knows that there are dissensions,” he nuanced, noting that the “problems with Andrew” were far from settled.

The brother of the king “thinks he can find an official position”, “but Charles knows very well that it is impossible”. “Not particularly close” to Andrew due to the age gap, the new king will have to deal with this cumbersome, “futureless” brother on the front of the stage.

Besides Andrew, the rift with the Sussexes doesn't seem to have closed. Despite the efforts of both sides, Harry and William do not seem to have regained their former bond.

Harry and Meghan had a special relationship with the Queen, notes Richard Fitzwilliams, “they were strangely close to her, because they could always see her even when there were disagreements with others”. Elizabeth II deceased, maintaining the link will no longer be so obvious, especially “we do not know” to what extent the funeral allowed a rapprochement, he believes.

The couple is returned to California, where their children Archie and Lilibeth await them, without Harry officially reconsidering his intentions to publish an autobiography by the end of the year, which the monarchy fears will contain settling of scores and revelations.

If Andrew is out of the game, Charles can however count on the queen consort Camilla and the rest of his siblings according to the expert, that is to say his youngest brother Edward and his wife Sophie, as well as the Princess Royal, his sister Anne.

The following generations were not left out: William and Kate, very popular, always showed their loyalty to the crown.

The “masterstroke” to show family unity? believes Mr. Fitzwilliams “Having put forward at the funeral George and Charlotte”, the couple's children, who will be “increasingly present”.