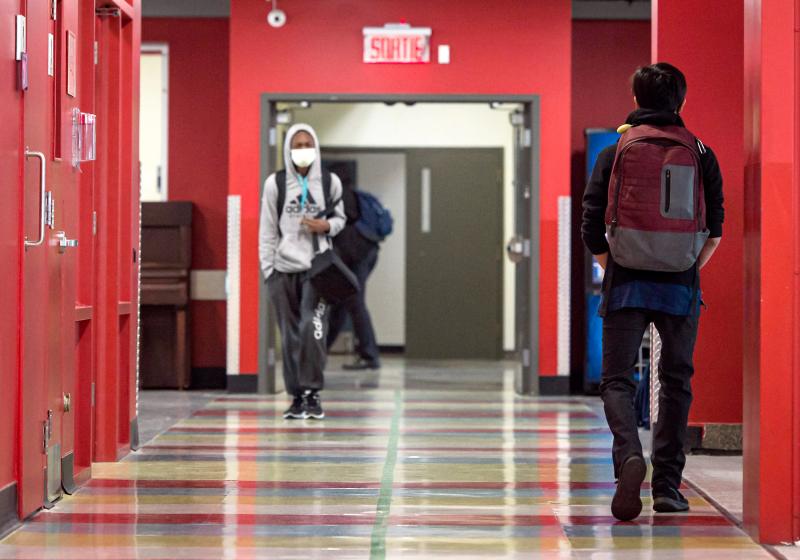 Even if Quebec is reassuring as the start of the new school year approaches, experts and stakeholders in the school network believe that the Legault government has not done enough in terms of air quality in schools when the spectrum of an eighth wave of COVID-19 is on the horizon.

For several days now, the Legault government has been repeating that the air quality in the classrooms will be safe at the start of the new school year . Thanks to the work carried out this summer, all classes will be able to maintain an average level of CO2 concentration below the 1000 parts per million (ppm) mark which remains the target to be reached, affirmed to the Journal on Wednesday the Minister of Education, Jean-François Roberge.

“We did our homework [in terms of air quality], particularly over the past year. It is settled and it is measured” thanks to the CO2 readers which will be functional in each class, indicated the Minister.

Open the windows in winter

However, on the side of school principals, we regret that the solution still relies in large part on opening the windows, which is far from ideal.

“In winter, it's not always easy,” says Nicolas Prévost, president of the Quebec Federation of Educational Establishment Directors. “Of course, mechanical ventilation is more expensive, but it solves the problem in the long term,” he adds.

The concerns are also great in the ranks of the teachers' unions. “There are still a lot of concerns, we know that air quality is a fight that we will have to continue to fight,” says Catherine Beauvais-St-Pierre, president of the Alliance of Teachers. Montreal.

Experts share the same concerns. Benoit Barbeau, professor of virology at UQAM, recalls that the CO2 readers installed in all classes “are not miraculous equipment that solves the problem”.

“It's clear that we don't have not put enough effort into revamping the ventilation systems. The famous idea of ​​opening the windows is not bad, but at -20 degrees, it can become quite limiting,” he says.

The ideal would have been to install air purifiers in the classrooms, as other provinces or countries have done, according to Nancy Delagrave, physicist and scientific coordinator of the COVID-STOP collective. “Managing the air quality in the classrooms is essential, especially since there will be no mask at the start of the school year,” she said.

A little earlier this week, the national director of public health, Dr. Luc Boileau, reiterated that the installation of these devices in the classroom was not deemed necessary.

Minister Roberge also says he is confident that there will be “competent staff” in each of the classes at the start of the school year, despite the shortage. Since June, more than 6,000 applications have been received as part of the Respond Now recruitment campaign, he says.

“It's exceptional, […] I find it encouraging that 'there is such enthusiasm,' said the Minister.

School principals, however, are much less optimistic. “The story I have in the network is that we are always looking for people. The shortage is the biggest concern for most school principals,” says Nicolas Prévost.

A 3e back to school in a pandemic

Do you have a scoop
to send us?