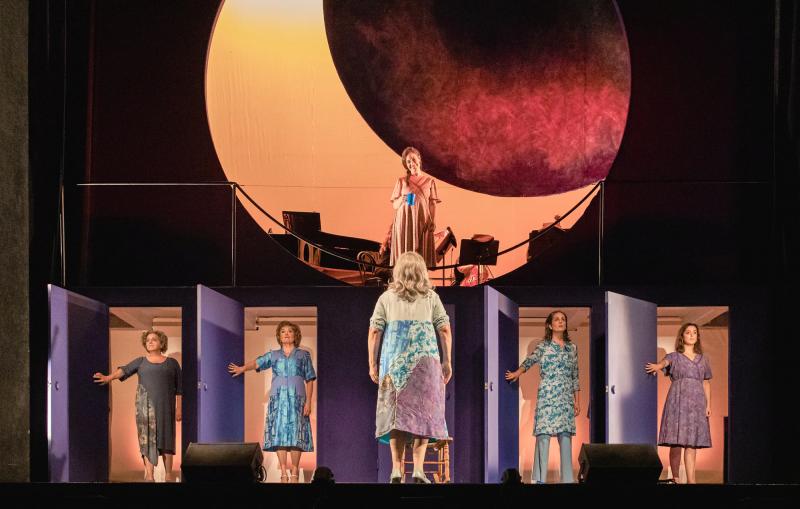 Nearly 40 years after its creation, Albertine breathes new life into the form of an opera. The key character of Michel Tremblay's universe is thus reborn in a daring project, but unfortunately only half-convincing.

Let's be honest: this new proposal surprises. A lot.

In fact, it takes a long time to tame it, so powerful is the contrast between the words of Michel Tremblay – always in joual – and lyrical art, a resolutely classic and usually neat universe. In short, the opera Albertine en cinq temps is much less accessible than the musical Les Belles-sœurs, also borrowed from the famous Quebec playwright.

But we end up getting used to it, charmed by the undeniable talent of these six singers performing to divine and emotionally charged music by Catherine Major. In fact, we realize at a certain point that this is not the lyrical portion of this Albertine in five timeswho makes you tick; it is rather the game scenes, interspersing these 13 musical numbers, which are particularly uneven.

The gap between these two disciplines widens throughout the 90 minutes of the show, the singing and the game never managing to blend entirely seamlessly or, at the very least, seamlessly. All of this gets bogged down even more with a static and unimaginative staging that weighs down the subject of the show.

Even by falling back on the surtitles – projected at the top of the stage – it is difficult to follow this story of a septuagenarian who remembers her past strewn with pitfalls and trials, upon her arrival in a residence for the elderly. The viewer thus attends a discussion between past versions of Albertine, aged 30 to 60, and her sister, Madeleine.

It is therefore these voices and these tunes that we will still remember in the coming days. The rest, we quickly forget, despite the greatness of the original work of Michel Tremblay.