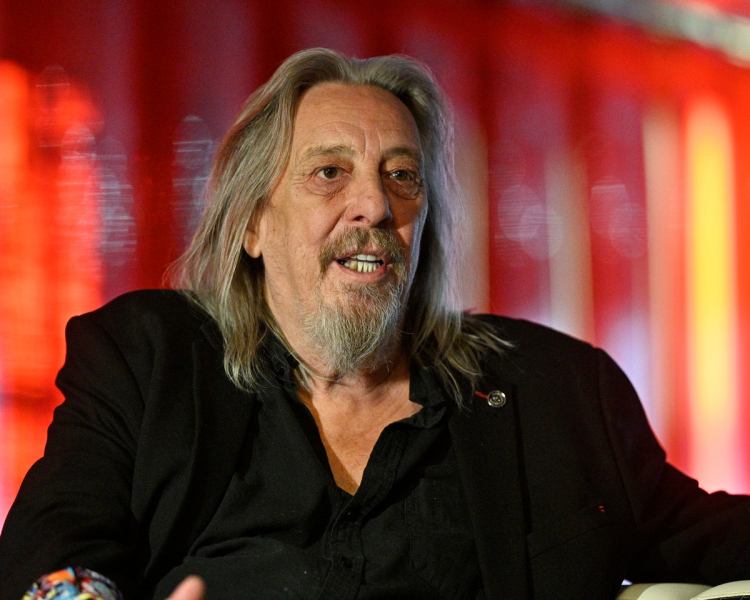 Serge Fiori has boundless admiration for Jean Paul Riopelle. This is why he offered seven of his songs – out of the work of Harmonium – which serve as raw material and sounding board for the album and the show “Riopelle symphonique”. < /p>

Following the success of 'Symphonic Harmonium', Fiori is thrilled with the breadth his songs are once again given, as they are deconstructed and rearranged to celebrate life and work of his favorite painter.

“Riopelle was the greatest and I would have liked to meet him,” said Serge Fiori on Wednesday during the unveiling of the album and the multimedia show, which will offer a unique sound and visual experience to music lovers. On stage, we promise, pictorial art, symphonic art and innovation will vibrate in symbiosis.

After hesitating – Fiori did not want to redo “Symphonic Harmonium” – his friend Nicolas Lemieux, of GSI Musique, convinced him to participate in this project magnifying freedom, the same which was the engine of the artist who died in 2002. and whose 100th birthday is being celebrated as part of a vast program under the aegis of the Jean Paul Riopelle Foundation.

Composer Blair Thomson has, with the complicity of Fiori, deconstructed and rearranged the songs “Half the world”, “The wave”, “The strange”, “So good”, “Let me go”, “Alone” and “Never”, using it as a common thread to tell Riopelle. Thomson, who has the same birthday as Riopelle – a happy coincidence! – delivered after two years of gestation – and short nights! – a composition for orchestra and chorus in five movements, which he poetically speaks of as “aural painting”.

Fiori recognizes here and there “bits” of his songs on the album, but he is especially surprised to hear “music which becomes original and, above all, which translates Jean Paul Riopelle”. Through the arrangements and the orchestrations, he notably perceives “brush strokes”.

Blair Thomson says he used “the same technique as Riopelle, so layer over layer, over layer” for his composition for orchestra and choir.

For the show component of the project, the services of conductor Adam Johnson were retained because he is “very physical” in his relationship with the musicians. “The gesture was very important to represent Riopelle,” said Nicolas Lemieux, who is in charge of the artistic direction and who produces this project, carried out with the complicity of the guardian of Jean Paul Riopelle's heritage, his daughter Yseult.

In addition, Gabriel Poirier-Galarneau will sign the visual design and staging of this multimedia show, under the artistic direction of Nicolas Lemieux.

The latter emphasizes that it was imperative “that each note, each act and each part” of “Riopelle symphonique” allow us to “musically feel the gentleman, the artist and the magnificent painter” that was Jean Paul Riopelle.

“Riopelle symphonique” is the first part of the “Paintings” series – four other painters will be celebrated – with the Orchester symphonique de Montréal (OSM).

The opus “Riopelle symphonique est offered in several formats and can be ordered online [riopellesymphonique.com]. Delivery will begin next week.

Three performances of “Riopelle symphonique”, on February 16, 17 and 18, 2023 at Salle Wilfrid-Pelletier at Place des Arts, with the OSM, the Petits Chanteurs de Laval choirs and the Temps fort choir.

The passionate de musique de Québec will have to wait until September 8 and 9, 2023 to see the show at the Grand Théâtre, with the Orchester symphonique de Québec and the choirs of the Petits Chanteurs de Laval.

Procedures are underway to export the show to Europe.