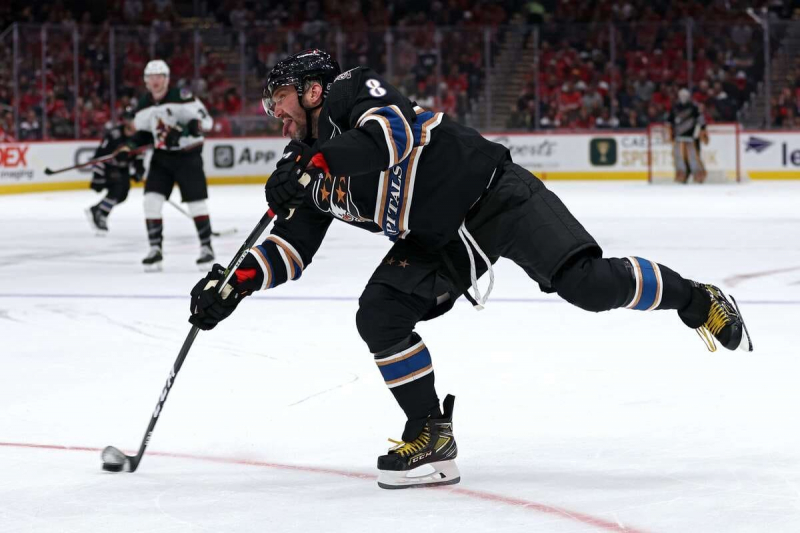 “Ovi” scored his 787th career goal in a 3-2 Capitals loss to the Arizona Coyotes in Washington.

He thus overtook Gordie Howe, who totaled 786 goals in the uniform of the Detroit Red Wings. The latter had needed 400 more games to achieve this.

“I have played my entire career here in Washington. I'm tied with a legend, that's a pretty high number, and that's a pretty cool accomplishment,” Overchkin said after the game, according to the NHL's official website.

“These last games there have been important marks, and unfortunately we did not get the victory. But it's a special time and it's nice to have my two kids, my wife, all the fans [here]. My parents watched from Moscow. So it's a special moment.”

Ovechkin will now look to overtake Howe again, this time on the all-team career goalscoring list. Howe has 801, second all-time behind Wayne Gretzky at 894.

If it were up to him, Ovechkin would continue his progression by staying with the Capitals until the very end of his career.

“I always say my goal is to stay with one team for my entire career. Obviously, I'm lucky to be able to [score goals]. So that's pretty cool.”

The 37-year-old Ovechkin can rest easy as he has three seasons left on his 5-year, $9.5 million contract with the the American capital after this one. Having scored seven goals in 13 games this season, he will look to add to his total on Monday night when the Capitals host the Edmonton Oilers at Capital One Arena.