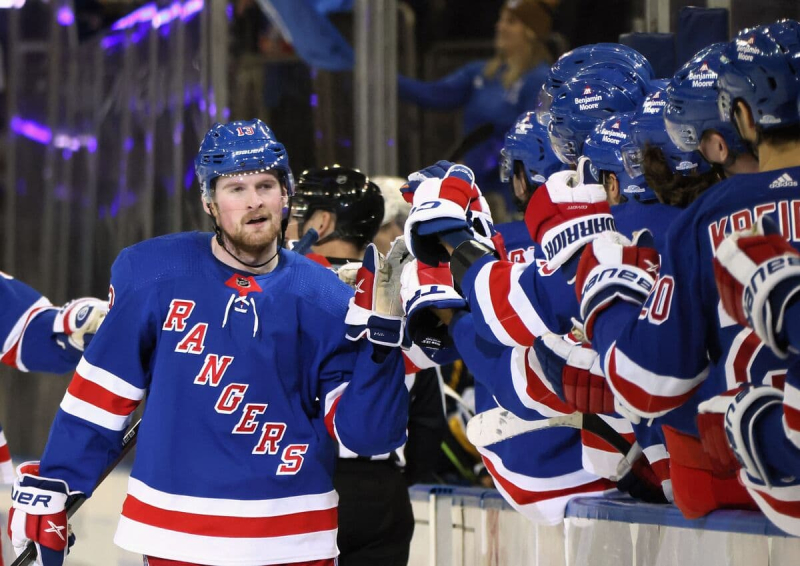 Quebecer Alexis Lafrenière is part of the group of young players on whom the New York Rangers are betting to progress and on Monday he passed an exam with flying colors.

The first-time pick in the 2020 Entry Draft broke the tie in the third period in a 6-4 win over the St. Louis Blues.

With his two points of the night, he contributed to the recovery of his team and curbed a drought of four games without having hit the target.

The former Océanic de Rimouski, in the Quebec Major Junior Hockey League, has totaled a dozen points in 27 outings this season and continues to take lessons from the professionals. Even if nothing is perfect, he finds positive in collective successes.

“When our forecheck is going well and we play in opposing territory, we create turnovers and we scoring opportunities,” Lafrenière told NHL.com. When we work hard, we can score goals.”

Head coach Gerard Gallant also had a lucky hand by reuniting the winger with Kaapo Kakko and Mika Zibanejad in the same trio. This decision could give more confidence to the skaters concerned if the production is on the rise.

“We still have a young formation with a lot of talent, estimated K'Andre Miller, as reported by the newspaper “New York Post”. I think it's only a matter of time [before they explode in attack] and you have to manage well. There are a lot of expectations on us, but the most important thing is to give our best performance and do everything to help the club win.”

< p>As their 12-10-5 record shows, the Blueshirts have had their share of ups and downs since the start of the campaign. Some players could have had higher stats, but you shouldn't throw in the towel and it's best to take inspiration from good shots made at the right time.

“Whether it's a young or a veteran, it doesn't matter when you see the puck go into the net after there have been shots on the post and missed chances, commented forward Chris Kreider. We have goals for ourselves that are higher than those of anyone else outside the locker room or in the organization. This group has big goals and we put as much pressure on ourselves as possible. It is therefore important to see the pucks end up in the opposing cage and collect the two points in the standings, while carrying the aspects of the game that worked well to the next game.

The Rangers will visit the Vegas Golden Knights, Wednesday.