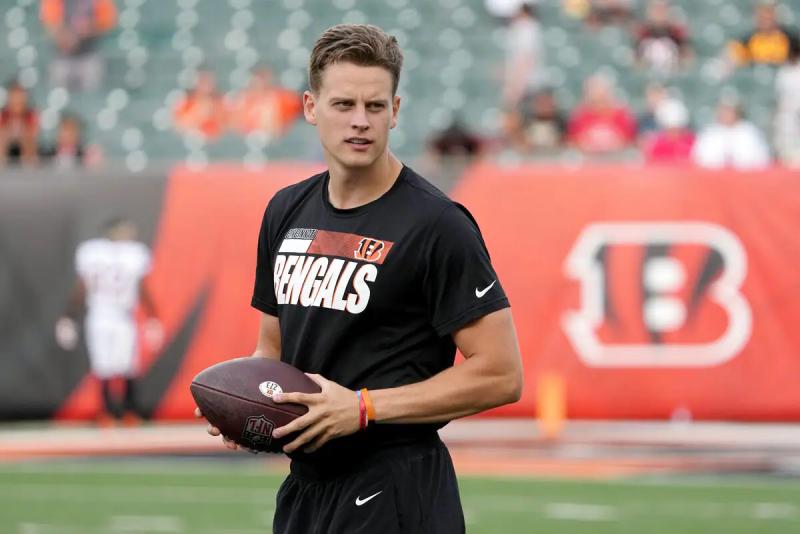 It's another season that begins in the NFL and, in the first week of activity, all hopes are allowed for all the teams.

Do you doubt it? Go back a year. If a shady individual had dared to say 12 months ago that the gloomy Bengals, after a 4-11-1 season, would make it to the Super Bowl…would he have been stoned on the spot?

This story is, of course, too good to repeat every season, but the cases of teams that inspire nothing good and end up sneaking into the playoffs happen every year in this crazy league!

You may hate your quarterback, despise your team's head coach, curse the defense, or fear the porosity of your offensive line, but remain an optimistic fan. You never know, in the jungle of the NFL.

This is not to make an ode to blissful joviality. The figures clearly show that unpredictable situations are increasing year after year.

Proof? It has now been 32 years in a row that at least four teams that were excluded from the playoffs one year have won their ticket the next season. We are no longer talking about an exception, but rather a rule.

Last year, no less than half of the 14 qualified succeeded in this smoking blow, that is to say the Patriots, the Bengals, Steelers, Eagles, Cowboys, Cardinals and 49ers. Of the lot, the Bengals, Eagles and 49ers climbed the ranks at great speed, going from last to first place in their division.

That's not all: in 18 of 19  seasons, at least two teams that missed the playoffs just so happened to be at the top of their division the following season. No less than 61 teams have achieved the feat during this period, including 25 who have gone from fourth to first place.

“The last will be the first”, once sang Celine Dion…

The moral of the story, c t is that while some organizations go through endless purgatories, others reach the gates of heaven much faster than expected.

This is partly explained by the draft. Those miserable teams that suddenly get their hands on a Joe Burrow or a Justin Herbert have the perfect opportunity to expressly come out of their slump. It is still necessary to aim just, which is not given to all.

Sometimes it's a new head coach or new management that completely changes the culture of a moribund organization.

The schedule in the NFL shouldn't be overlooked, either. This is often an overlooked factor when making predictions.

While top teams face other division leaders, bottom tenants instead inherit other opponents from their level. This can help restore health, even sometimes artificially.

For example, the Ravens, who ended the 2021 season in last place in the North, due to countless injuries, will notably face the Jets and the Jaguars, who have also fermented in the underworld. floor of their division in the American conference. So goes the cycle of life in the NFL, about giving everyone a fair chance, as much as possible.

So come on, despite appearances, fans of the Jaguars, Giants, Lions or Panthers, a little smile. Everything will be fine…

< p>The last NFL seasons have been punctuated by the growing presence of Quebec players. In this campaign that begins, only one representative of Quebec is at work, the cornerback of the Washington Commanders Benjamin St-Juste. Last year, in his rookie season, he was limited to nine games due to two concussions. Just before the season, tight end Antony Auclair was released by the Texans, while guard Laurent Duvernay-Tardif turned to medicine.

For the first time since 2007, no rookie quarterback is in place as a starter to start the season. In the last draft, only Kenny Pickett was selected in the first round by the Steelers, but they gave the ball to Mitchell Trubisky. Over the past 14 years, no less than 26 rookie quarterbacks have been named starters for their team's first game.

Tom Brady begins his 23rd season, at the venerable age of 45, as quarterback for the Buccaneers. He thus becomes the ninth player in history to play at age 45 or older, according to the Associated Press. As a starter, he is the oldest player since Bobby Marshall, who started two games with the Duluth Kelleys in 1925. The only other player who threw at least one pass at 45 was George Blanda in 1972.

Good and not so good starts

In terms of false starts, it's hard to do worse than the Browns, who just can't buy a win for start a season. Indeed, in their last 17 opening games, they have an unfortunate record of 0-16-1. At the other end of the spectrum, the Chiefs are on the longest active opener winning streak, with seven.

< p>Carson Wentz became the Commanders' quarterback this winter. In three seasons, he therefore went from Philadelphia to Indianapolis and then to Washington. He becomes the fifth quarterback in history to start three consecutive seasons with three different franchises, after Jim Harbaugh (from 1997 to 1999), Kurt Warner (from 2003 to 2005), Brett Favre (from 2007 to 2009) and Donovan McNabb (from 2009 to 2011).