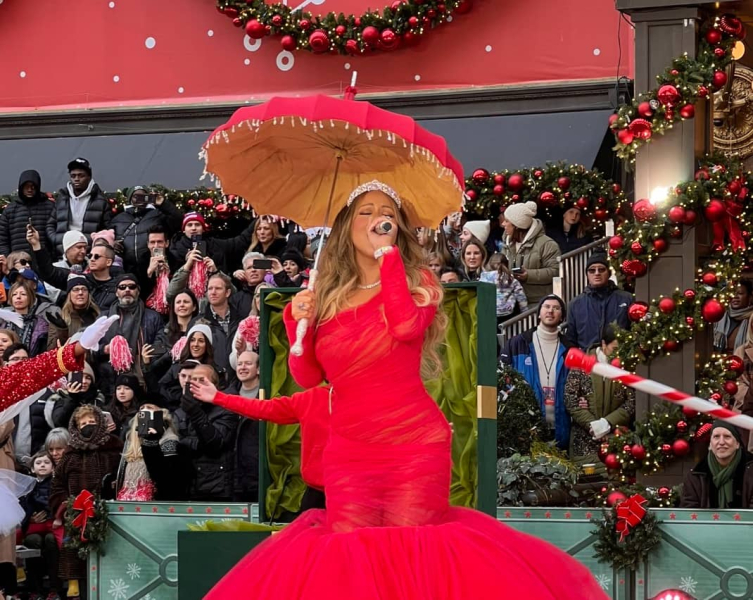 The diva – in a gorgeous dress magenta mermaid – performed, umbrella in hand, her hymn All I Want for Christmas Is You, at the foot of the giant turkey installed at the entrance of the store in New York.

Happy Thanksgiving!!!🍁 Grateful and so proud of my beautiful kids Roc and Roe, grateful for the lambily and for the precious moments in life. ❤️❤️❤️ Now it's reaaaally time!!! 🎄🎅🏼 pic.twitter.com/pkWk5TJUZ2

As dancers dressed as nutcrackers surrounded her, her 11-year-old twins, Moroccan and Monroe, emerged near the end of the song from two huge gift boxes positioned behind the singer.

This performance allowed Mariah Carey to realize a dream. “My childhood dream is coming to life! I will open for the one and only Santa Claus, ”she wrote on Instagram, in the morning.

For the holiday season, the American singer will perform, among others, at the Scotiabank Arena in Toronto and New York's Madison Square Garden.

The annual Thanksgiving Parade kicked off at 9 a.m. Thursday morning and paraded about 2.5 miles through the streets of the Big Apple. This tradition has continued since 1924.