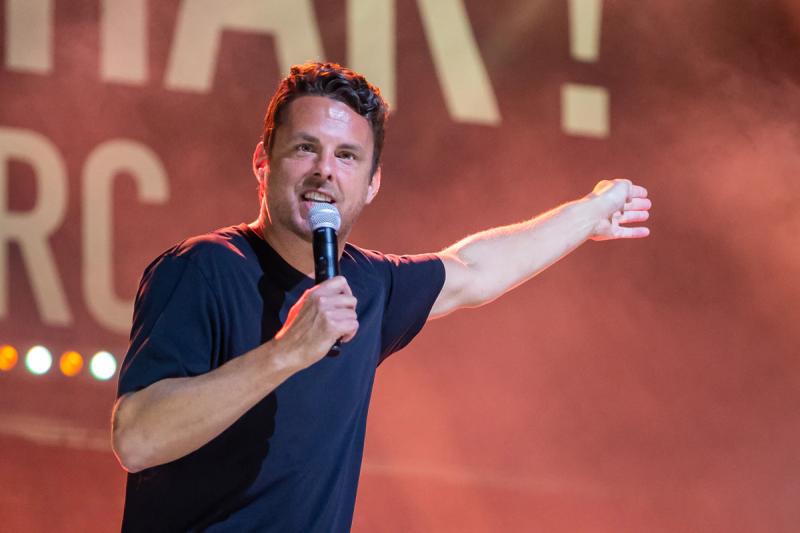 Thus, he leaves his radio show and puts an end to his shows. He wishes to do so “out of respect for his collaborators and his employers”.

“Following the article in La Presse which is appeared today, I am appalled by what I have just read. I do not recognize the person who is described in this article.

Out of respect for my collaborators and my employers who have been with me for years and because I want to avoid having to answer an avalanche of questions from journalists, I am withdrawing from everything, from public life and from radio and shows. .

Listen to the cultural chronicle with Marika Simard at the microphone of Alexandre Moranville-Ouellet on QUB radio:

I have to protect and take care of my loved ones but above all I have to be there for my children and my wife. Thinking about what they will have to go through with me upsets me, because there is nothing more important to me than them, ”says the comedian.

These revelations come days after comedian Thomas Levac accused Bond of being “a rapist” live on YouTube while recording a podcast.

Philip Bond had assured not to be an aggressor.

“Today I get up and I cry loud and clear my innocence, he writes. All the relationships I have had have been consensual, I have NEVER been an aggressor, NEVER will be and I will NEVER accept being accused of it without defending myself”, he wrote on Facebook.&nbsp ;