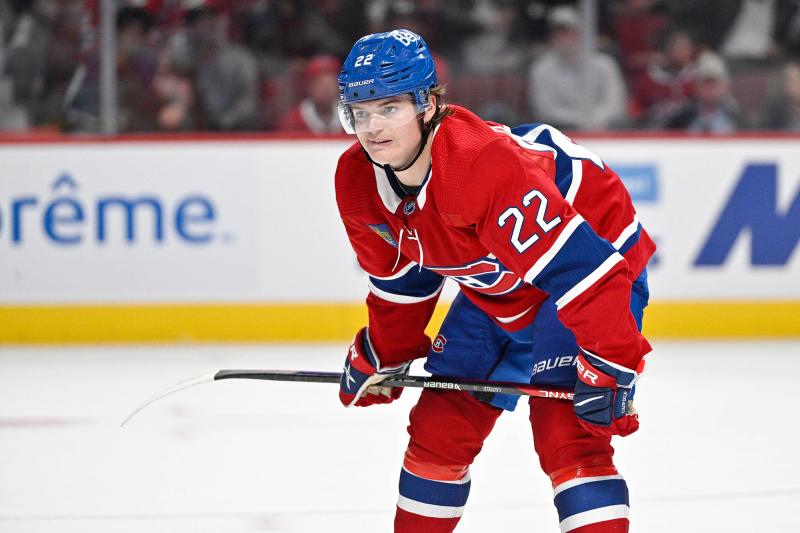 Jake Allen saw his contract extension as a great opportunity, especially since the offer from Kent Hughes and the Canadiens was attractive for a goalkeeper to play a particular role.

Is he a number one? Yes, in the context of the Canadiens. No, for most other National League teams.

Except that the decision-makers of the Canadian have undoubtedly drawn up the list of goalkeepers likely to take advantage of their status of free agent without compensation in July 2023 and have jumped to the following conclusion: Allen has nothing to envy to his counterparts.

Andersen and Blackwood dominate the group, but could they do better than Allen in the new structure we want to implement with the Canadiens?

Hughes provided an answer by offering a two-year extension to a goalkeeper respected by all his teammates, a goalkeeper who wants to participate in the program established by the new group of administrators.

He wants to share with the other goalkeepers everything he has learned during his long National League experience.

Are we now going to dwell on the Cole Caufield file?

We do not seem to want to rush the negotiations. And with good reason.

Caufield, 21, is completing the final year of his contract and will be a restricted free agent. Is there a danger that the small forward will move on to a team?

He can accept a hostile offer from one of the 31 other teams in the league, but the Canadian will have the option to match the offer, which he undoubtedly will.

Fans love Caufield, he is a player who has a certain charisma and has quickly made his place within the organization.

And, the fact of not rushing the negotiations is based on several factors. In fact, Caufield will play his second full season in the National League. A season that should provide answers to the questions that decision-makers may have.

Others in the same situation

We also want to see what the market will offer skaters in the same situation as Caufield.

For example, representatives of K'Andre Miller and Alexis Lafrenière, of the New York Rangers, will want to come to an agreement with Chris Drury, the boss of the Rangers, as soon as possible. Are we going to opt for a bridge contract? The coveted amount is around $4 million.

Will Caufield representatives want to take the same route as Alex DeBrincat, who had obtained a $6 million or more bridge contract from the Chicago Blackhawks?

Another interesting file: that of Jason Robertson, Dallas Stars, conspicuous by his absence from training camp.

Last year, he tallied 79 points in 74 games including 41 goals, Since arriving in Texas, he played 168 games and posted 125 points, 58 goals and 67 assists. His advisers are asking for an eight-year, multimillion-dollar contract.

The Canadiens will be looking to release some contracts, or if you prefer, will try to change the workforce in order to have more salary flexibility.

Should we be surprised that the name of Jakob Chychrun has monopolized all the attention for a few days? Teams are filling out their rosters, and a top defenseman is still a priority. Arizona Coyotes.

But, Pierre Dorion flatly refuses to discuss with the Coyotes as long as they have young Shane Pinto in their sights. The center player was impressive on Saturday in the victory against the Canadiens.

The Senators will not rely on a very high level defensive brigade, but Thomas Chabot and his group will be able to count on the support of a balanced attack. It remains to be seen whether the goalkeepers will live up to expectations…

Another defenseman that has been widely rumored is Travis Sanheim of the Philadelphia Flyers.

He will become an unrestricted free agent in July 2023. He is a reliable back, with a good size, and the Flyers, who will have to do without the services of Ryan Ellis for the whole season, are very demanding in the discussions.

And we understand them very well . It's shaping up to be a tough season in Philadelphia especially with Sean Couturier missing the start of the season. In the meantime, let's not forget that the Flyers could find themselves in a situation where obtaining the first pick at the 2023 auction is possible, no doubt that is a topic of discussion among the decision-makers of the formation…

A quick note: what can a player like Mike Hoffman bring to a recovery plan?

He is surely not part of the equation …