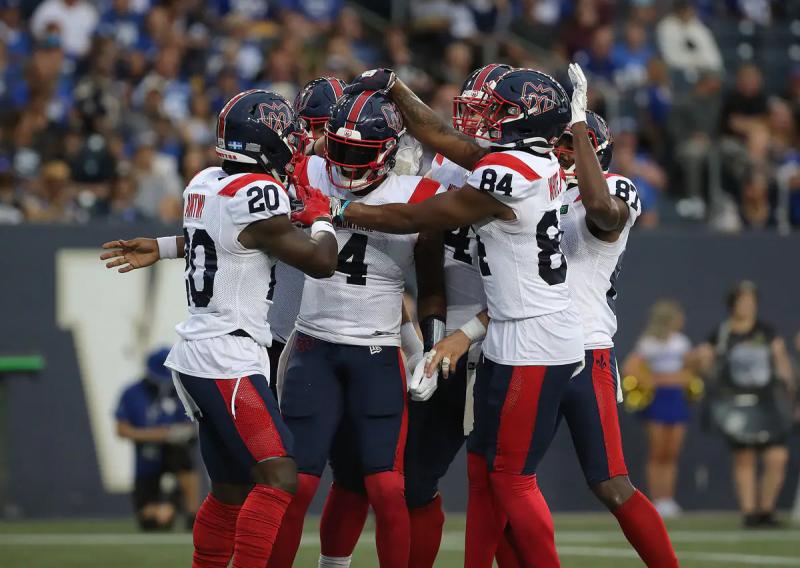 MONTREAL – The members of the Alouettes do not want to swell their heads too much with their victory in overtime against the Winnipeg Blue Bombers.

It's probably the right thing to do, considering the club have gone 3-6 so far and are still a long way off the top honours.

“It's a win and we still have nine games to play, Danny Maciocia said straight away after practice on Tuesday. We still have the opportunity to get points. But yes, it was a great victory and I hope we can build on it.”

“I'm repeating myself, but it's only a victory,” added the Alouettes' interim general manager and head coach.

The “Als” still remain. inflicted a first defeat on the Manitoba squad this season and that there are positives to take away from this confrontation.

“It certainly lifts our spirits a bit, especially when you consider all the heartbreaking defeats we had at the start of the season,” said veteran Kristian Matte, referring to the three games lost by three points or less.

Against the Bombers, the Sparrows also played luck, as kicker Marc Liegghio missed two field goals in the final moments of the duel.

“We were lucky, but we also played really well,” said the offensive lineman. We watched the videotapes and that's the conclusion we made. Now we have to build on that. If we're able to keep playing this way, it'll only be positive.”

Having the right attitude

Matte also lifted the players and coaches have not changed their attitude as a result of this win.

“If the attitude changes after a victory, it's not a good sign. Since the start of the season, there hasn't been a week where we haven't believed in our chances of winning. It hasn't always been easy. However, we know that we have a good team and that we can play well.

Same story on the side of pass receiver Régis Cibasu.

“The team spirit is very strong this year, he said. The victory against Winnipeg obviously made us happy, but no one intends to stop working. We all have that mentality.”

“Everybody works hard, whether it's the starters or the reserves. I think that's what's going to make the difference in the long run.”

Speaking of a hard-working player, the punt returner Chandler Worthy has returned to practice after being forced to miss the last two games for his team. He should be able to face the Hamilton Tiger-Cats this Saturday, according to Maciocia.

Running back Tavien Feaster was on the sidelines for today's practice. The latter was injured during the duel against the Blue Bombers. His presence during the visit of the Ontario club to Percival-Molson Stadium is more than uncertain.