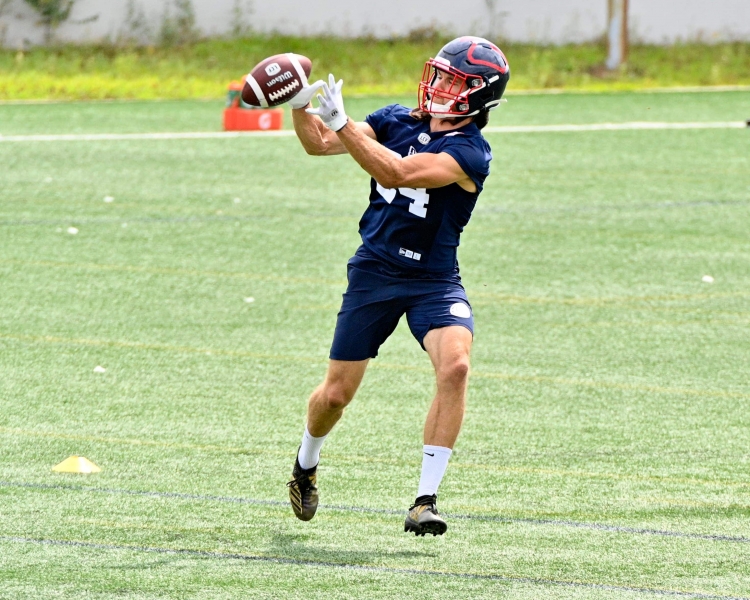 In his first season as a starting safety with the Montreal Alouettes, Marc-Antoine Dequoy is already showing the extent of his talent, but he is still far from having met the expectations of defensive coordinator Barron Miles.

To be honest, it is impossible to satisfy the member of the Canadian Football Hall of Fame.

“I am probably the worst person to answer this question,” replied Miles, after a long silence, when asked about the Quebecer's performance after three games in 2022.

“I'm hard. I am very demanding in terms of my standards and my expectations. He [Dequoy] could have the best game possible and I always want more.”

“I think he's starting to understand my approach,” added the one who played 12 seasons in the League. Canadian.

An approach that suits him

Questioned on comments from his coach, Dequoy said he enjoyed being challenged like this.

“When your coach is a Hall of Famer, that he had 68 interceptions in the league, that he blocked 12 punts and that he registered I do not know any more how many touchdowns, the bar is excessively high”, said the footballer of 27 years.

Dequoy knows full well that Miles wants to make him a more complete athlete by being so demanding.

“I have no problem with that, because his goal is to make me a better player. He does not criticize to denigrate, but rather to make you better. The things he says make sense. If you apply them, you make more plays.”

It must be admitted that the approach of the defensive coordinator bears fruit with Dequoy, who continues to improve from match to match. Last week, against the Saskatchewan Roughriders, he scored the first touchdown of his career by returning an interception for 21 yards. After this game, Dequoy received congratulations from Miles.

“On the pitch, for example, he congratulates us when we make good plays. The day after the games, when we watch the video, however, he always finds something to correct. He's an excellent coach, even if he's tough on us.”