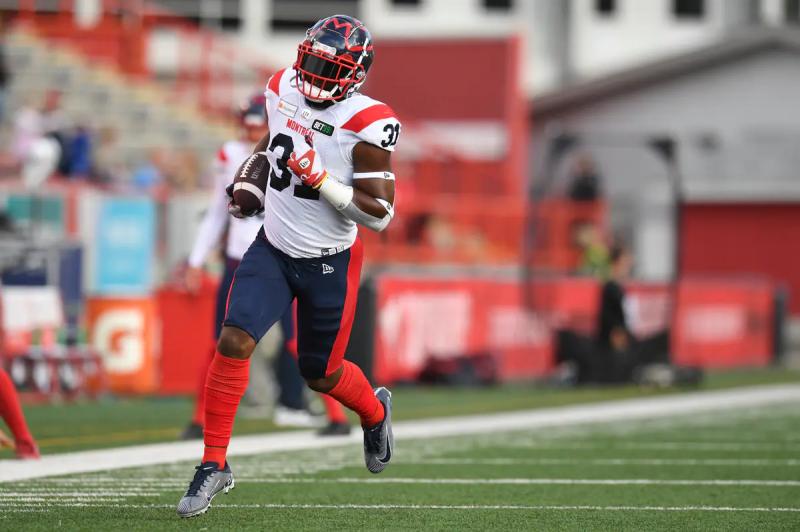 MONTREAL – Even if the bad news accumulates off the field, the Alouettes can be happy with what is happening on it, especially on the sidelines.

On Tuesday, running back William Stanback was practicing with the other injured players. It was the first time it was possible to see him without a protective boot since his left ankle surgery. The star player was catching balls and running in a straight line with ease.

“It's really great to see him,” quarterback Trevor Harris said. He's so good at building team spirit, besides being a dominating football player. We can't wait for him to be back in our squad.”

Not before the end of September

However, do not expect a Stanback return ahead of schedule, according to Danny Maciocia.

“It doesn't change. We are still aiming for the end of September, if all goes well. Of course we are happy to see him working with his teammates on the sidelines. I think it does him good and it does us good too,” said the man who wears the hats of interim head coach and general manager.

Stanback, who was injured seriously in the first game of the season, so shouldn't be in uniform before the matchup against the Hamilton Tiger-Cats (September 23) or the one against the Edmonton Elks (October 1).

As for the other cripples, quarterback Vernon Adams Jr. and linebacker Tyrell Richards are getting better. Both players, whose names are on the six-game disabled list, are expected to return to action within the next three weeks.

The Alouettes have suspended running back Tavien Feaster indefinitely. The American did not return to Canada after his family's week off.

“He missed his flight and we don’t even know if he is in Montreal or elsewhere,” Maciocia explained. Other elements that have occurred in recent weeks have also led to his suspension.”

Thus, it would be surprising to see the running back in the team's entourage. Feaster played in two games this season and had 62 yards on 11 carries.

“There was no simply not enough room on our practice squad,” said the GM.

Selected at the end of the second round of the 2019 draft by the Alouettes, the Rouge et Or product of the Laval University has never really been able to find its place in the nest.