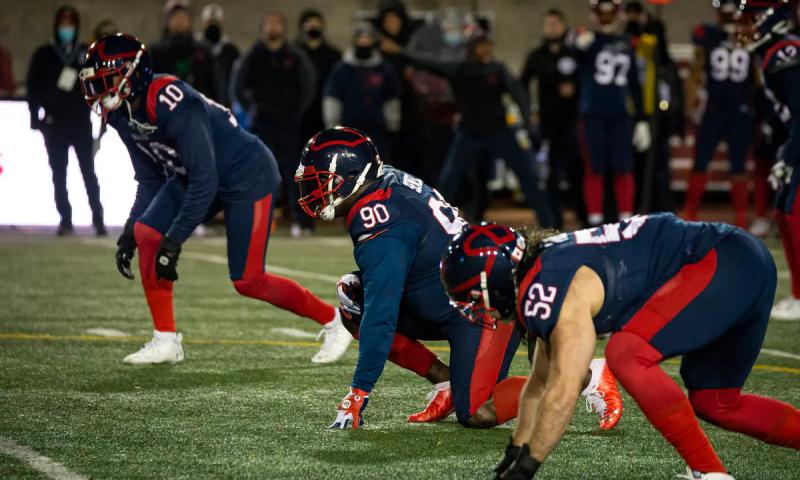 Cody Fajardo was indeed hit behind the line of engagement eight times in a 37-13 win for the “Als” on Thursday. Never mind, defensive lineman Almondo Sewell thinks his unit has yet to reach its full potential.

“We still have things to prove. We have only just begun to find our bearings. We have to keep persevering and find some consistency,” the 35-year-old veteran said Tuesday after training with his team.

Last year, the Alouettes finished the regular season on top of the Canadian Football League (CFL) for quarterback sacks, with 49 successes in 14 games. Of the seven athletes playing on the defensive line that year, four are back in 2022. They are Sewell, Nick Usher, Antonio Simmons and Michael Wakefield.

“Last year, everything was happening so quickly. I feel like we've just seen the tip of the iceberg,” Sewell said.

“Yes, we dominated the circuit for quarterback sacks. So it wouldn't be surprising if we were able to do it again this year. However, I expect us to dominate a lot more.”

“All the players on this defensive line are capable of making big plays,” added the man who is currently playing his 11th season in the LCF.

For the Alouettes' defensive coordinator, Barron Miles, his unit's sparkling performance against the Saskatchewan club should not lead his athletes to believe that they have found the right recipe.

“We are still evolving, he said. Everything is possible and there is no limit with this defense. However, we try to play clean football and dominate games when we have the chance.

With this in mind, Miles makes sure to give his substitutes several repetitions during training and create little internal rivalries.

“We must not rest on our laurels. We are well aware of this. That's why we, the coaches, try to maintain a very high level of competition.”

It will be interesting to see if the strategy will allow the Alouettes' defense to be as successful against the Roughriders during the second duel against this club in the space of two weeks. The second meeting is scheduled for this Saturday at Mosaic Stadium in Regina.