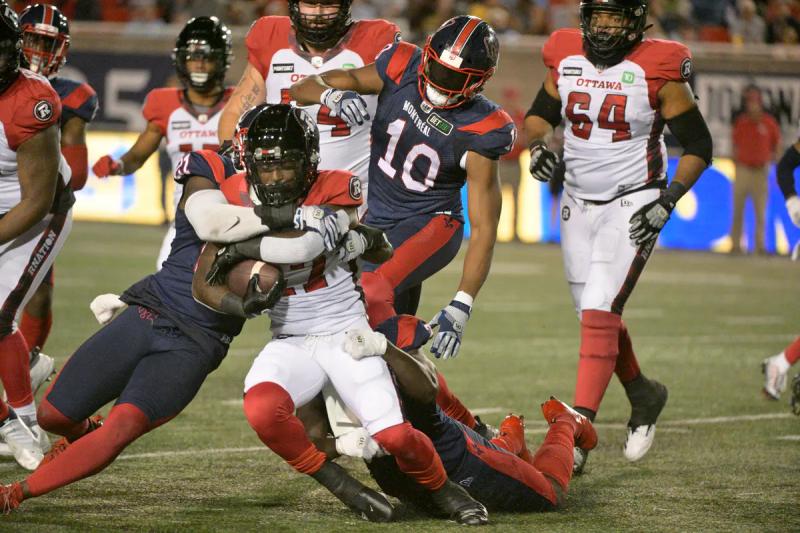 MONTREAL – For the second time in as many occasions in 2022, the Ottawa Redblacks defeated the Alouettes on home soil.

The Ottawa club signed a 24-18 victory, thus depriving the Sparrows of obtaining their qualification for the playoffs in front of the biggest crowd of the season at Percival-Molson Stadium. 21,824 spectators took advantage of the Thanksgiving holiday to cheer on the “Als”.

Head coach Danny Maciocia's squad will have the opportunity to recover and ensure its place for the post-season clashes this Friday, by reconnecting with the Rouge et Noir in the federal capital.

To obtain a different result, the Alouettes (7-8 ) will have to hope for a better return from their offense. The unit led by quarterback Trevor Haris scored just one touchdown and did next to nothing good in the second half. It was kicker David Côté's leg, with four field goals, that allowed the “Als” to stay in the game.

The Rouge et Noir took the lead for good at the start of the fourth quarter , with their second major of the game. The Alouettes made a good attempt to come back up the field with less than a minute left in the duel, but failed deep in the zone of their rivals.