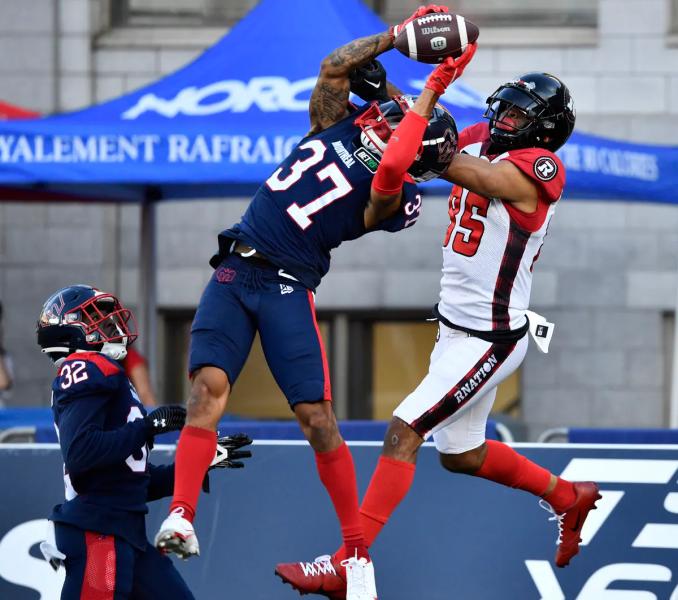 Sutton has terrorized the Blue Bombers offensive unit in a 20-17 overtime win Thursday at Winnipeg. He was involved in a number of ways with tackles, two quarterback sacks on Zach Collaros, a forced fumble and a knockdown.

That fumble notably prompted a turnover in the fourth quarter when the Bombers tried to give themselves a two possession lead. Sutton also forced them to try the lace in overtime when he blocked a pass on second down.

Sutton is in his second season with the Alouettes. The 26-year-old American has made 43 tackles in nine games so far this season. He also made an interception.