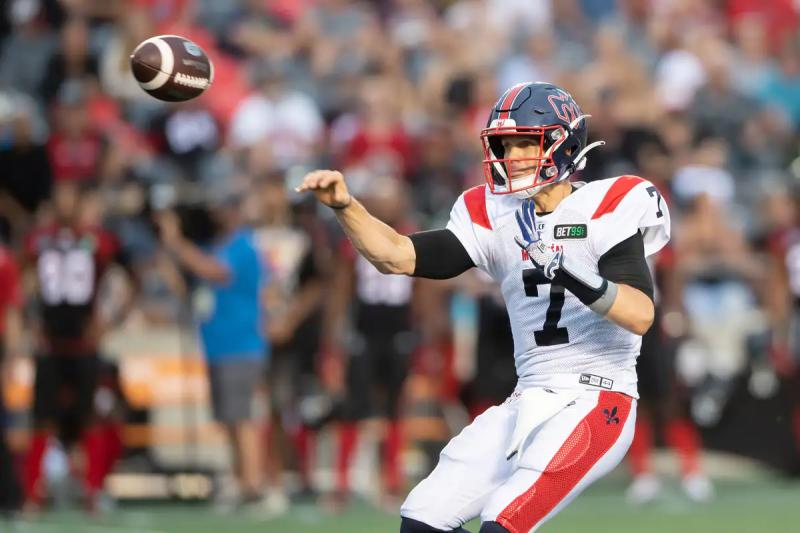 Clearly disappointed with the performance of his attack, the general manager and interim head coach of the Montreal Alouettes, Danny Maciocia, did not want to confirm that Trevor Harris will be his quarterback in the next game of his own.

When led by the 36-year-old veteran, the offense was able to score just one touchdown on Thursday night, in a 35-20 loss to the Winnipeg Blue Bombers.

Harris finished his duel with 16 completions on 26 attempts for 127 yards and a major. He was also the victim of two interceptions and it was Dominique Davis who concluded the confrontation behind the center.

“We can't handle adversity,” Maciocia said moments after the game. We are looking for problems. I think we have to go back to work and watch everything. We will have to make the decisions that will allow us to give ourselves a chance to solve these problems and go for victories.

“We will have to evaluate everything over the next few days”, added the DG twice.

Against the two-time defending Gray Cup champions, the Alouettes' defense caused four turnovers. The attack was unable to take advantage of this, however, and only scored three small points after the defense recovered the ball.

“When we get the ball so close to the end zone twice and we only score three points, that's unacceptable. If it's 14-0 instead of 3-0, it's a totally different game,” Harris said.

“I'm going to look at what I can do better and every member of our offense must look in the mirror.”

Maciocia also pointed out that Harris wasn't the only one to blame for the offense's failures. With the exception of Eugene Lewis, the 55-year-old hasn't been impressed with his line-up of regular wide receivers. He also criticized his offensive line, while his pivot suffered three quarterback sacks.

Even if he intends to re-evaluate his options for the starting quarterback position, Maciocia doesn't have much choice going into next Thursday's matchup against those same Blue Bombers.

Recently, the Alouettes placed Vernon Adams Jr. on the injured list for six games. The one who started the first two games of the 2022 campaign as a starter is suffering from an elbow injury.

There is always the possibility of trusting Davis, but the latter is more recognized for his running skills than his ability to throw the ball. Fans will remember the interception he threw on the last play of the game against the Hamilton Tiger-Cats, when the “Als” had the opportunity to tie the game.

< p>Maciocia could also decide to give the ball to freshman Davis Alexander, who still hasn't thrown a single pass in a CHL regular season game. In two preseason meetings this year, the 23-year-old American completed 74% of his stints for 233 yards and was unable to find the pay zone with his arm.