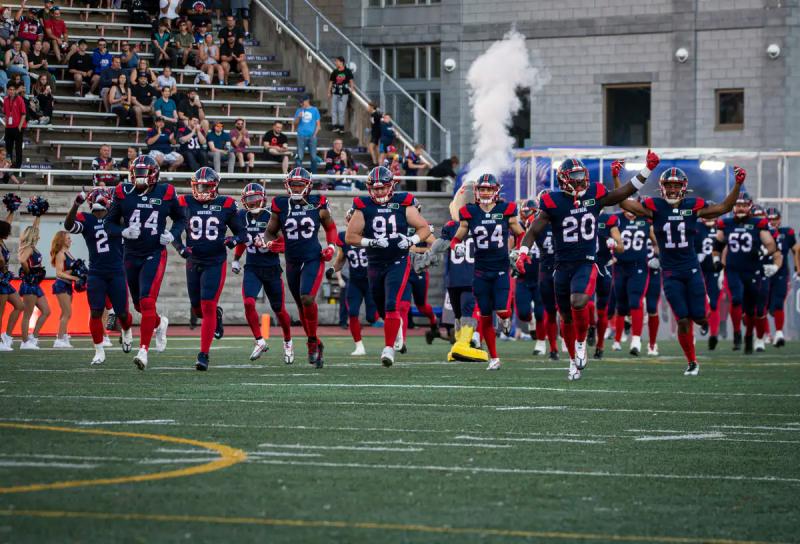 The least we can say is that the president of the Alouettes, Mario Cecchini, is not idle.

Hired a few weeks after the he arrival of a new owner in 2020, his main mission is to increase the popularity of his club with Montrealers and Quebecers. After the glory years of the Sparrows in the first decade of the century, fans left the club after several consecutive bad campaigns.

The reconquest mission is still going on and the initiatives seem to be bearing fruit.

“All our indicators are improving, whether in terms of season ticket sales or individual tickets. […] TV ratings and radio market share are also on the rise,” Cecchini revealed in a generous interview.

The big challenge for the president and of his team is at the box office, however, since fans are still far from filling Percival-Molson Stadium to its full capacity, which is 25,012 spectators.

During the first three home games of this campaign, the Alouettes drew an average of 16,416 people per game.

“Obviously we would like to go faster in terms of our progress in this area,” Cecchini did not hide, pointing out that the fans are more present than in the previous two seasons.

To attract more spectators to Percival Stadium- Molson, the president is dependent on the results of his team on the field.

It's no secret that sports fans in the greater Montreal area are first and foremost drawn to winning clubs.

“Imagine if that has an impact on the Canadian, as it is even more true for the CF or us …»

An owner in a hurry

Cecchini also has to contend with an owner who has said many times – on his Twitter account – that he wants to see the stadium packed when his team plays there.

Gary Stern has been multiplying the escapades on the social network since the start of the season. It is not uncommon for him to directly challenge his president to ask him to act about an X situation that a supporter brings up.

How Cecchini lives with the possibility of being pressured like that at all hours of the day and even night?

“I don’t really see it as extra pressure, he replied. People who know me know that I don't need any outside pressure to go to the maximum.”

If he admits that he is not too fond of Twitter, Cecchini nevertheless makes a point of answering fans who ask him questions on his Facebook page. He also makes sure to listen when he comes across a fan at practice or during happy hours organized with season ticket holders.

“I like that we have closeness with our supporters. Whenever I have the chance, I ask them what they think we should improve. They have things to tell me, and we listen to them.”

How Cecchini's mission to reconquer can sometimes be one supporter at a time.