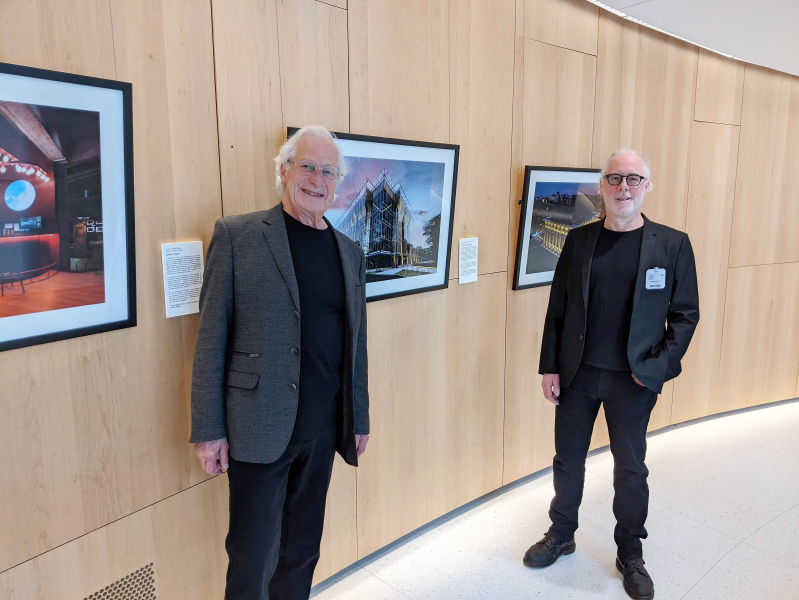 The Welcome Pavilion of the National Assembly presents, until December 17, an exhibition on the Grand Théâtre de Québec. It includes 28 photos that bear witness to its 50 years of existence.

The idea of ​​presenting this exhibition in this public space, inaugurated in 2019, was kind of obvious.

On view since October 31, the exhibition The living history of an exceptional stage is part of the citizen programming offered at the National Assembly.

“The basic idea was to get out of the Grand Théâtre to celebrate its 50 years ”, added Gaétan Morency.

A 50th anniversary that began with the exhibition Jordi Bonet, the artist who designed the famous mural, still in progress at the Musée National des Beaux-Arts du Québec, a showcase-exhibition with objects related to the history of the Grand Théâtre which took place at the Musée de la civilization and the publication of the book on the history of this cultural institution.

The tree and the forest

Gaétan Morency recalls that the fate of the famous mural by Jordi Bonet, disputed at the time, was played out in the National Assembly.

“It was there that the government took the decision not to follow up on the protest and not to demolish the mural by Jordi Bonet,” he said.

The exhibition The living history of an exceptional stage retraces the great moments of the Grand Théâtre de Québec.

There are photos of the architect Victor Prus, the unveiling of the model, the construction site, Jordi Bonet hard at work, the artist Armand Vaillancourt, mounted on a horse, to defend the mural, and the various artistic events that took place at the Grand Théâtre. “All the performing arts are represented,” said André Morency.

We find Tommy, the first rock opera presented in 1971, the poster for the piece O-71 which marked the debut of the Trident, a photo of the piece Les belles-soeurs, the flamboyant Madame Belley, Starmania and the Faust production directed by Robert Lepage.

“The Grand Théâtre is the tree around which the forest is developed. We have come a long way in 50 years ”, dropped André Morency.