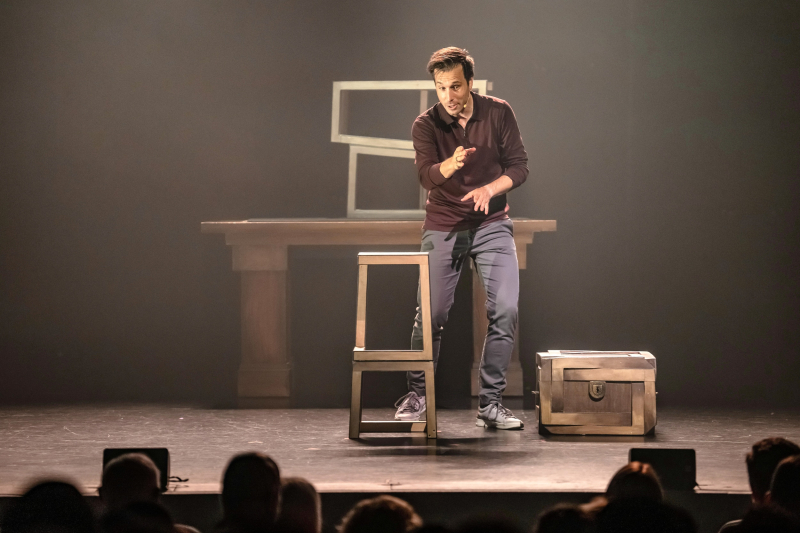 With teleportation, object appearance and disappearance numbers, Truths, the new show from Luc Langevin, is his most daring and accomplished proposal.

The illusionist was back in his hometown on Monday to present the premiere of his third solo show at the Salle Albert-Rousseau.

With Truths, Luc Langevin goes to another level with elaborate and stunning numbers that are similar to those of the master David Copperfield.

“We only perceive 10% of what is in front of us. So you have to come and see the show ten times to see everything,” he said, with humor.

During Vérités, Luc Langevin brings up all sorts of objects , including a motorcycle and an airplane, recreates a couple's activity chosen at random on stage, and without him knowing it, then he teleports from the stage to the lobby of the room and even a lot further.

Throughout the 90 minutes of Vérités, Luc Langevin interacts with the public.

He solicits participation by inviting people to come on stage and giving certain instructions to those in the crowd. What he does with ease and with a good sense of humor.

In one of these numbers, he will send twenty dollars from the public to a friend of a spectator, joined virtually, in the comfort of his residence. A ticket with the exact same serial number. Amazing.

And amazing numbers, that's not what is missing in Truths. No matter how hard we look for things, there is nothing to understand. The public, during his interventions, makes choices, which cannot, as the “JPs” would say, these skeptics, as he calls them, be organized with the guy of views.

A number very amusing and entertaining, at the end of the show, featuring a young person who will become invisible, for a few moments, testifies to this.

We even got a wink at the Lie detector watch from the show La Petite vie.

Only small downside, some projections, at the start of the show, worked less well because of the lighting in front of the screens.< /p>