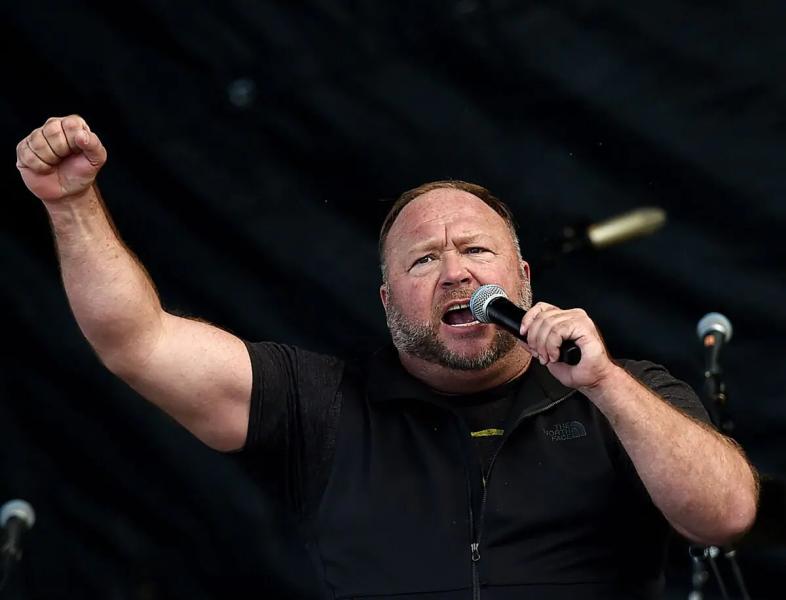 American conspirator Alex Jones, already sentenced to pay nearly $50 million for denying a school massacre, faces a higher bill in a second trial that began on Tuesday 30 kilometers from the site of the tragedy.

A Connecticut court began proceedings in Waterbury, a half-hour drive from the Sandy Hook school in Newton where, in 2012, a young man armed with a semi-automatic rifle had killed 20 children and six adults.

The killing had sparked fear in the United States and revived the debate on measures to regulate the sale of firearms.

Alex Jones, a well-known figure on the far right and follower of conspiracy theories, had, against all evidence, affirmed on his Infowars site that the massacre was only a staging piloted by opponents of firearms, and the grieving parents of the “actors”.

Several victims then sued for defamation, explaining that they were harassed by admirers of Alex Jones anxious to “flush out” the lie.

A couple, whose six-year-old son was mowed down in Sandy Hook, had filed a lawsuit in Texas, where Alex Jones is based. Eight other families, as well as a federal police officer, had simultaneously seized Connecticut justice.

The conspirator had finally publicly admitted the reality of the killing. But he refused to cooperate with the courts, so magistrates in both states convicted him in absentia.

However, they had left it to jurors to set the sentence. At the end of the first trial, held this summer in Texas, Alex Jones was sentenced to pay a fine of $45.2 million and $4 million in damages.

The second, opened on Tuesday in Connecticut, is scheduled to last five weeks and immediately gave rise to a very political skirmish between the two camps.

One of the plaintiffs' lawyers, Chris Mattei, asked the jurors to make Alex Jones pay for “what he did in the minutes, hours, days, months and years after the worst thing that has ever happened to this community”.

“If you don't stop a stalker, he won't stop on his own,” he said, citing a whole series of conspiracy theories hammered out by Alex Jones on Infowars.

“You are asked to do something that is not your mission, ”retorted defense lawyer Norm Pattis. “You are being asked to turn money into a political weapon,” he continued, challenging the extent of the wrongs suffered by the plaintiffs.