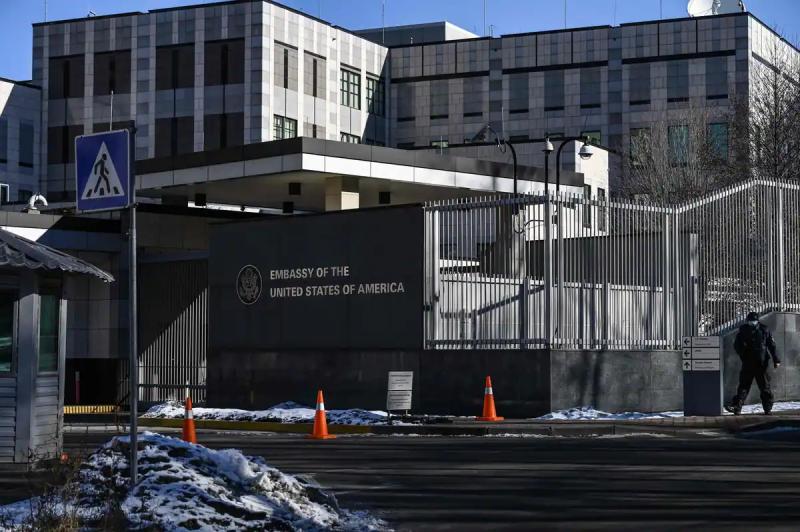 WASHINGTON | The United States has called it “appalling” that Russia is discussing the possibility of imposing the death penalty on two Americans captured by Russia in Ukraine, and confirmed that a second American national was killed in action there.< /strong>

“It is appalling that a Russian government official would suggest the death penalty for two US citizens who were in Ukraine,” a White House spokesman for affairs said on Tuesday. of national security, John Kirby, reacting to the statements of the spokesman of the Kremlin Dmitri Peskov during an interview with the American channel NBC.

Mr. Peskov said that these two Americans captured in early June in eastern Ukraine, Alexander Drueke and Andy Huynh, were “endangering” Russian soldiers and should be “held accountable for these crimes”.

He claimed they were “mercenaries” involved “in illegal activities” and therefore not protected by the Geneva Conventions. As to whether they face the death penalty, the Russian spokesman said: “It depends on the investigation.”

Mr. Kirby called the remarks “alarming” regardless of the Russian spokesperson's intention: “Let that be what they really mean — let that be a possible outcome, let them impose the penalty of death to two Americans who were fighting in the Ukraine — or that they think a great power is showing responsibility by talking about doing this.”

Alexander Drueke and Andy Huynh were caught in videos released last week by Russian state television, but the circumstances under which they are being held are unclear.

Washington believes Russia should treat them with humanity like any prisoner of war, in accordance with the Geneva Conventions.

“We made this clear to the Russian government,” a senior US official told reporters in Washington on Tuesday.

< p>US diplomats argue that Russian authorities did not provide them with any information directly about these two captured fighters.

“To my knowledge, we are not officially aware of anything. So one of our requests is: who are you detaining, if you are detaining anyone, and where are they? And if you detain someone, you are obliged to treat them with respect for Geneva”, insisted this official who requested anonymity.

The State Department has confirmed the death of Stephen Zabielski , 52, stating that he was providing consular assistance to his family.

“We reaffirm that American citizens should not travel to Ukraine because of the ongoing armed conflict and the risk that Russian government security officials in Ukraine will target them because of their American nationality,” said one. spokesman for American diplomacy.

He called on Americans in the country at war to “depart immediately, if safe to do so, by any means of commercial or private transportation overland.

Stephen Zabielski is the second American to be confirmed killed in action with Ukrainian troops since the Russian invasion of the country in late February.

A 22-year-old former Marine , Willy Joseph Cancel, was killed in the same circumstances at the end of April.

In an obituary notice published by a newspaper in the state of New York, where Stephen Zabielski lived, we learn that this former employee of the building, who leaves behind a wife and five stepchildren, died on May 15 “by fighting in the village of Dorozhnyank, Ukraine”.